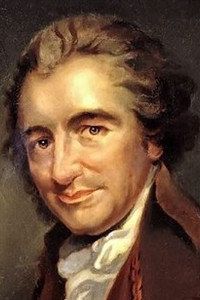 Thomas Paine was an author, pamphleteer, radical, inventor, intellectual, revolutionary, and one of the Founding Fathers of the United States. Born in Thetford, Norfolk, Paine emigrated to the British American colonies in 1774 in time to participate in the American Revolution. His principal contributions were the powerful, widely-read pamphlet Common Sense, advocating colonial America’s independence from the Kingdom of Great Britain, and The American Crisis, a pro-revolutionary pamphlet series. Paine greatly influenced the French Revolution and wrote the Rights of Man, a guide to Enlightenment ideas. Despite not speaking French, he was elected to the French National Convention in 1792. (source: Wikipedia)

“Common Sense” presented the American colonists with a powerful argument for independence from British rule at a time when the question of independence ...read more »

The authorities in power in England during Thomas Paine’s lifetime saw him as an agent provocateur who used his seditious eloquence to support the emanc...read more »

Written in the years from 1792 to 1795 while Thomas Paine was in prison, The Age of Reason shocked 18th-century readers with its attack on the conventio...read more »

“The American Crisis was a series of pamphlets published in London from 1776-1783 during the American Revolution by revolutionary author Thomas Paine. I...read more »