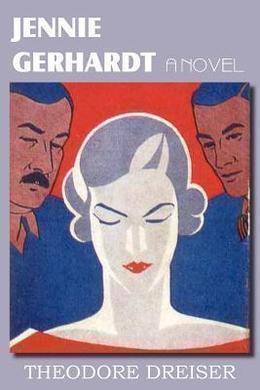 Dive into a gripping historical romance from master of naturalism Theodore Dreiser. Things appear to be looking up for downtrodden maid Jennie Gerhardt when she meets and falls in love with a dashing senator. However, soon after their romance blossoms, her new lover is ripped away, leaving Jennie destitute and pregnant. How will she make it in the world all alone?

One morning, in the fall of 1880, a middle-aged woman, accompanied by a young girl of eighteen, presented herself at the clerk’s desk of the principal hotel in Columbus, Ohio, and made inquiry as to whether there was anything about the place that she could do. She was of a helpless, fleshy build, with a frank, open countenance and an innocent, diffident manner. Her eyes were large and patient, and in them dwelt such a shadow of distress as only those who have looked sympathetically into the countenances of the distraught and helpless poor know anything about. Any one could see where the daughter behind her got the timidity and shamefacedness which now caused her to stand back and look indifferently away. She was a product of the fancy, the feeling, the innate affection of the untutored but poetic mind of her mother combined with the gravity and poise which were characteristic of her father. Poverty was driving them. Together they presented so appealing a picture of honest necessity that even the clerk was affected.

“Maybe you have some cleaning or scrubbing,” she replied, timidly. “I could wash the floors.”

The daughter, hearing the statement, turned uneasily, not because it irritated her to work, but because she hated people to guess at the poverty that made it necessary. The clerk, manlike, was affected by the evidence of beauty in distress. The innocent helplessness of the daughter made their lot seem hard indeed.

“Wait a moment,” he said; and, stepping into a back office, he called the head housekeeper.

There was work to be done. The main staircase and parlor hall were unswept because of the absence of the regular scrub-woman.

“Is that her daughter with her?” asked the housekeeper, who could see them from where she was standing.

“She might come this afternoon if she wants to. The girl helps her, I suppose?”

“You go see the housekeeper,” said the clerk, pleasantly, as he came back to the desk. “Right through there”–pointing to a near-by door. “She’ll arrange with you about it.”

A succession of misfortunes, of which this little scene might have been called the tragic culmination, had taken place in the life and family of William Gerhardt, a glass-blower by trade. Having suffered the reverses so common in the lower walks of life, this man was forced to see his wife, his six children, and himself dependent for the necessaries of life upon whatever windfall of fortune the morning of each recurring day might bring. He himself was sick in bed. His oldest boy, Sebastian, or “Bass,” as his associates transformed it, worked as an apprentice to a local freight-car builder, but received only four dollars a week. Genevieve, the oldest of the girls, was past eighteen, but had not as yet been trained to any special work. The other children, George, aged fourteen; Martha, twelve; William ten, and Veronica, eight, were too young to do anything, and only made the problem of existence the more complicated. Their one mainstay was the home, which, barring a six-hundred-dollar mortgage, the father owned. He had borrowed this money at a time when, having saved enough to buy the house, he desired to add three rooms and a porch, and so make it large enough for them to live in. A few years were still to run on the mortgage, but times had been so bad that he had been forced to use up not only the little he had saved to pay off the principal, but the annual interest also. Gerhardt was helpless, and the consciousness of his precarious situation–the doctor’s bill, the interest due upon the mortgage, together with the sums owed butcher and baker, who, through knowing him to be absolutely honest, had trusted him until they could trust no longer–all these perplexities weighed upon his mind and racked him so nervously as to delay his recovery.