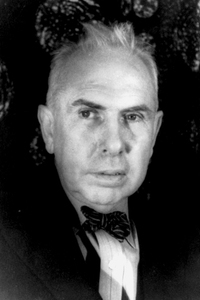 Theodore Herman Albert Dreiser was an American novelist and journalist of the naturalist school. His novels often featured main characters who succeeded at their objectives despite a lack of a firm moral code, and literary situations that more closely resemble studies of nature than tales of choice and agency. Dreiser’s best known novels include Sister Carrie and An American Tragedy.

Dive into a gripping historical romance from master of naturalism Theodore Dreiser. Things appear to be looking up for downtrodden maid Jennie Gerhardt ...read more »

Theodore Dreiser’s first and perhaps most accessible novel, Sister Carrie is an epic of urban life - the story of an innocent heroine adrift in an indif...read more »

Based on the life of flamboyant financier C.T. Yerkes, Dreiser’s portrayal of the unscrupulous magnate Cowperwood embodies the idea that behind every gr...read more »

Theodore Dreiser heavily invested himself in The Genius, an autobiographical novel first published in 1915. Thoroughly immersed in the turn-of-the-centu...read more »

In this sequel to Dreiser’s novel The Financier, the author continues his exploration of the social and economic forces at play in the rise of the new c...read more »

Best remembered for being one of the leading figures in the school of fiction writing known as naturalism, American author Theodore Dreiser got his prof...read more »