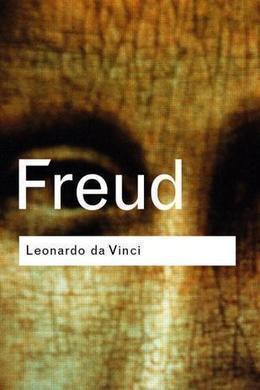 A Psychosexual Study of an Infantile Reminiscence

This remarkable book takes as its subject one of the most outstanding men that ever lived. The ultimate prodigy, Leonardo da Vinci was an artist of great originality and power, a scientist, and a powerful thinker. According to Sigmund Freud, he was also a flawed, repressed homosexual. The first psychosexual history to be published, Leonardo da Vinci was the only biography the great psychoanalyst wrote. When Jung first saw it, he told Freud it was ‘wonderful’, and it remained Freud’s favourite composition. The text includes the first full emergence of the concept of narcissism and develops Freud’s theories of homosexuality. While based upon controversial research, the book offers a fascinating insight into two men - the subject and the author. If you’ve ever wondered just what lies behind the Mona Lisa’s enigmatic smile, read Freud on Leonardo. It’s genius on genius.

When psychoanalytic investigation, which usually contents itself with frail human material, approaches the great personages of humanity, it is not impelled to it by motives which are often attributed to it by laymen. It does not strive “to blacken the radiant and to drag the sublime into the mire”; it finds no satisfaction in diminishing the distance between the perfection of the great and the inadequacy of the ordinary objects. But it cannot help finding that everything is worthy of understanding that can be perceived through those prototypes, and it also believes that none is so big as to be ashamed of being subject to the laws which control the normal and morbid actions with the same strictness.

Leonardo da Vinci (1452-1519) was admired even by his contemporaries as one of the greatest men of the Italian Renaissance, still even then he appeared as mysterious to them as he now appears to us. An all-sided genius, “whose form can only be divined but never deeply fathomed,” he exerted the most decisive influence on his time as an artist; and it remained to us to recognize his greatness as a naturalist which was united in him with the artist. Although he left masterpieces of the art of painting, while his scientific discoveries remained unpublished and unused, the investigator in him has never quite left the artist, often it has severely injured the artist and in the end it has perhaps suppressed the artist altogether. According to Vasari, Leonardo reproached himself during the last hour of his life for having insulted God and men because he has not done his duty to his art. And even if Vasari’s story lacks all probability and belongs to those legends which began to be woven about the mystic master while he was still living, it nevertheless retains indisputable value as a testimonial of the judgment of those people and of those times.

What was it that removed the personality of Leonardo from the understanding of his contemporaries? Certainly not the many sidedness of his capacities and knowledge, which allowed him to install himself as a player of the lyre on an instrument invented by himself, in the court of Lodovico Sforza, nicknamed Il Moro, the Duke of Milan, or which allowed him to write to the same person that remarkable letter in which he boasts of his abilities as a civil and military engineer. For the combination of manifold talents in the same person was not unusual in the times of the Renaissance; to be sure Leonardo himself furnished one of the most splendid examples of such persons. Nor did he belong to that type of genial persons who are outwardly poorly endowed by nature, and who on their side place no value on the outer forms of life, and in the painful gloominess of their feelings fly from human relations. On the contrary he was tall and symmetrically built, of consummate beauty of countenance and of unusual physical strength, he was charming in his manner, a master of speech, and jovial and affectionate to everybody. He loved beauty in the objects of his surroundings, he was fond of wearing magnificent garments and appreciated every refinement of conduct. In his treatise on the art of painting he compares in a significant passage the art of painting with its sister arts and thus discusses the difficulties of the sculptor: “Now his face is entirely smeared and powdered with marble dust, so that he looks like a baker, he is covered with small marble splinters, so that it seems as if it snowed on his back, and his house is full of stone splinters, and dust. The case of the painter is quite different from that; for the painter is well dressed and sits with great comfort before his work, he gently and very lightly brushes in the beautiful colors. He wears as decorative clothes as he likes, and his house is filled with beautiful paintings and is spotlessly clean. He often enjoys company, music, or some one may read for him various nice works, and all this can be listened to with great pleasure, undisturbed by any pounding from the hammer and other noises.”