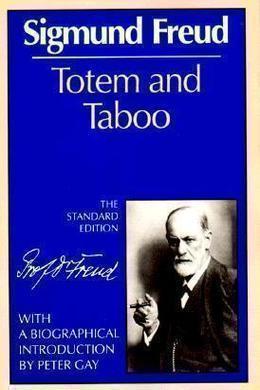 Resemblances Between the Psychic Lives of Savages and Neurotics

Widely acknowledged to be one of Freud’s greatest works, when first published in 1913, this book caused outrage. It remains the fullest exploration of Freud’s most famous themes. Family, society, religion - they’re all put on the couch.

Primitive man is known to us by the stages of development through which he has passed: that is, through the inanimate monuments and implements which he has left behind for us, through our knowledge of his art, his religion and his attitude towards life, which we have received either directly or through the medium of legends, myths and fairy tales; and through the remnants of his ways of thinking that survive in our own manners and customs. Moreover, in a certain sense he is still our contemporary: there are people whom we still consider more closely related to primitive man than to ourselves, in whom we therefore recognize the direct descendants and representatives of earlier man. We can thus judge the so-called savage and semi-savage races; their psychic life assumes a peculiar interest for us, for we can recognize in their psychic life a well-preserved, early stage of our own development.

If this assumption is correct, a comparison of the ‘Psychology of Primitive Races’ as taught by folklore, with the psychology of the neurotic as it has become known through psychoanalysis will reveal numerous points of correspondence and throw new light on subjects that are more or less familiar to us.

For outer as well as for inner reasons, I am choosing for this comparison those tribes which have been described by ethnographists as being most backward and wretched: the aborigines of the youngest continent, namely Australia, whose fauna has also preserved for us so much that is archaic and no longer to be found elsewhere.

The aborigines of Australia are looked upon as a peculiar race which shows neither physical nor linguistic relationship with its nearest neighbours, the Melanesian, Polynesian and Malayan races. They do not build houses or permanent huts; they do not cultivate the soil or keep any domestic animals except dogs; and they do not even know the art of pottery. They live exclusively on the flesh of all sorts of animals which they kill in the chase, and on the roots which they dig. Kings or chieftains are unknown among them, and all communal affairs are decided by the elders in assembly. It is quite doubtful whether they evince any traces of religion in the form of worship of higher beings. The tribes living in the interior who have to contend with the greatest vicissitudes of life owing to a scarcity of water, seem in every way more primitive than those who live near the coast.

We surely would not expect that these poor naked cannibals should be moral in their sex life according to our ideas, or that they should have imposed a high degree of restriction upon their sexual impulses. And yet we learn that they have considered it their duty to exercise the most searching care and the most painful rigour in guarding against incestuous sexual relations. In fact their whole social organization seems to serve this object or to have been brought into relation with its attainment.

Among the Australians the system of Totemism takes the place of all religious and social institutions. Australian tribes are divided into smaller septs or clans, each taking the name of its totem. Now what is a totem? As a rule it is an animal, either edible and harmless, or dangerous and feared; more rarely the totem is a plant or a force of nature (rain, water), which stands in a peculiar relation to the whole clan. The totem is first of all the tribal ancestor of the clan, as well as its tutelary spirit and protector; it sends oracles and, though otherwise dangerous, the totem knows and spares its children. The members of a totem are therefore under a sacred obligation not to kill (destroy) their totem, to abstain from eating its meat or from any other enjoyment of it. Any violation of these prohibitions is automatically punished. The character of a totem is inherent not only in a single animal or a single being but in all the members of the species. From time to time festivals are held at which the members of a totem represent or imitate, in ceremonial dances, the movements and characteristics of their totems.

The totem is hereditary either through the maternal or the paternal line; (maternal transmission probably always preceded and was only later supplanted by the paternal). The attachment to a totem is the foundation of all the social obligations of an Australian: it extends on the one hand beyond the tribal relationship, and on the other hand it supersedes consanguineous relationship.

The totem is not limited to district or to locality; the members of a totem may live separated from one another and on friendly terms with adherents of other totems.