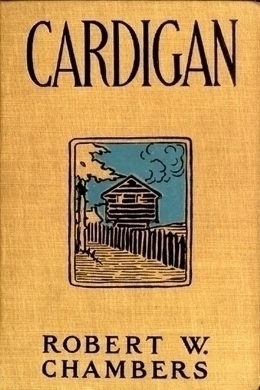 Tales of the Frontier

Set during the Revolutionary War in Broadalbin; the hero is the ward of Sir William Johnson. He is sent to stop an Indian war planned by Walter Buttler who wants to turn the Indians against the rebels.

On the 1st of May, 1774, the anchor-ice, which for so many months had silver-plated the river’s bed with frosted crusts, was ripped off and dashed into a million gushing flakes by the amber outrush of the springtide flood.

On that day I had laid my plans for fishing the warm shallows where the small fry, swarming in early spring, attract the great lean fish which have lain benumbed all winter under their crystal roof of ice.

So certain was I of a holiday undisturbed by school-room tasks that I whistled up boldly as I sat on my cot bed, sorting hooks according to their sizes, and smoothing out my feather-flies to make sure the moths had not loosened wing or body. It was, therefore, with misgiving that I heard Peter and Esk go into the school-room, stamping their feet to make what noise they were able, and dragging their horn-books along the balustrade.

Now we had no tasks set us for three weeks, for our schoolmaster, Mr. Yost, journeying with the post to visit his mother in Pennsylvania, had been shot and scalped at Eastertide near Fort Pitt–probably by some drunken Delaware.

My guardian, Sir William Johnson, who, as all know, was Commissioner of Indian Affairs for the Crown, had but recently returned from the upper castle with his secretary, Captain Walter Butler; and, preoccupied with the lamentable murder of Mr. Yost, had found no time to concern himself with us or our affairs.

However, having despatched a messenger with strings and belts to remonstrate with the sachems of the Lenni-Lenape–they being, as I have said, suspected of the murder–we discovered that Sir William had also written to Albany for another schoolmaster to replace Mr. Yost; and it gave me, for one, no pleasure to learn it, though it did please Silver Heels, who wearied me with her devotion to her books.

So, hearing Esk and fat Peter on their way to the school-room, I took alarm, believing that our new schoolmaster had arrived; so seized my fish-rod and started to slip out of the house before any one might summon me. However, I was seen in the hallway by Captain Butler, Sir William’s secretary, and ordered to find my books and report to him at the school-room.

I, of course, paid no heed to Mr. Butler, but walked defiantly down-stairs, although he called me twice in his cold, menacing voice. And I should have continued triumphantly out of the door and across the fields to the river had not I met Silver Heels dancing through the lower hallway, her slate and pencil under her arm, and loudly sucking a cone of maple sugar.

“Oh, Michael,” she cried, “you don’t know! Captain Butler has consented to instruct us until the new schoolmaster comes from Albany.”

“No, you’re not! No, you’re not!” retorted Silver Heels, in that teasing sing-song which she loved to make me mad withal. “Sir William says you are to take your ragged old book of gods and nymphs and be diligent lest he catch you tripping! So there, clumsy foot!”–for I had tried to trip her.

“Who told you that?” I answered, sulkily, snatching at her sugar.

“Aunt Molly; she set me to seek you. So now who’s going fishing, my lord?”

The indescribable malice of her smile, her sing-song mockery as she stood there swaying from her hips and licking her sugar-cone, roused all the sullen obstinacy in me.

Sir William’s favourite ferret, Vix, with muzzle on, came sneaking along the wall, and I grasped the lithe animal and thrust it at Silver Heels, whereupon she kicked my legs with her moccasins, which did not hurt, and ran up-stairs like a wild-cat.

There was nothing for me but to go to the school-room. I laid my rod in the corner, pocketed the ferret, dragged my books from under the library table, and went slowly up the stairs.

At sixteen I was as wilful a dunce as ever dangled feet in a school-room, knowing barely sufficient Latin to follow Cæsar through Gaul, loathing mathematics, scorning the poets, and even obstinately marring my pen-writing with a heavy backward stroke in defiance of Sir William and poor Mr. Yost.

As for mythology, my tow-head was over-crammed with kennel-lore and the multitude of small details bearing upon fishing and the chase, to accommodate the classics.

Destined, against my will, for Dartmouth College by my guardian, who very well understood that I desired to be a soldier, I had resolutely set myself against every school-room accomplishment, with the result that, at sixteen, I presented an ignorance which should have shamed a lad of ten, but did not mortify me in the least.

And now, to my dismay and rage, Sir William had set me once more in the school-room–and under Mr. Butler, too!