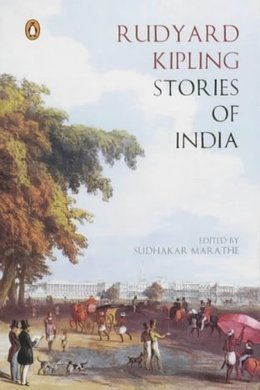 The stories in this collection capture the varied scents and colours of India in the days of the Raj. Magic and religion, art and life, politics and society, combine into one special stroke of genius in Kipling’s imaginative canvas, bringing the short story and the poem together. These tales hold a tremendous appeal for children and adults alike, who can look forward to a dazzling array of incidents and characters, choreographed to perfection.

His name was Charlie Mears; he was the only son of his mother who was a widow, and he lived in the north of London, coming into the City every day to work in a bank. He was twenty years old and suffered from aspirations. I met him in a public billiard-saloon where the marker called him by his given name, and he called the marker “Bullseyes.” Charlie explained, a little nervously, that he had only come to the place to look on, and since looking on at games of skill is not a cheap amusement for the young, I suggested that Charlie should go back to his mother.

That was our first step toward better acquaintance. He would call on me sometimes in the evenings instead of running about London with his fellow-clerks; and before long, speaking of himself as a young man must, he told me of his aspirations, which were all literary. He desired to make himself an undying name chiefly through verse, though he was not above sending stories of love and death to the drop-a-penny-in-the-slot journals. It was my fate to sit still while Charlie read me poems of many hundred lines, and bulky fragments of plays that would surely shake the world. My reward was his unreserved confidence, and the self-revelations and troubles of a young man are almost as holy as those of a maiden. Charlie had never fallen in love, but was anxious to do so on the first opportunity; he believed in all things good and all things honorable, but, at the same time, was curiously careful to let me see that he knew his way about the world as befitted a bank clerk on twenty-five shillings a week. He rhymed “dove” with “love” and “moon” with “June,” and devoutly believed that they had never so been rhymed before. The long lame gaps in his plays he filled up with hasty words of apology and description and swept on, seeing all that he intended to do so clearly that he esteemed it already done, and turned to me for applause.

I fancy that his mother did not encourage his aspirations, and I know that his writing-table at home was the edge of his washstand. This he told me almost at the outset of our acquaintance; when he was ravaging my bookshelves, and a little before I was implored to speak the truth as to his chances of “writing something really great, you know.” Maybe I encouraged him too much, for, one night, he called on me, his eyes flaming with excitement, and said breathlessly:

“Do you mind–can you let me stay here and write all this evening? I won’t interrupt you, I won’t really. There’s no place for me to write in at my mother’s.”

“What’s the trouble?” I said, knowing well what that trouble was.

“I’ve a notion in my head that would make the most splendid story that was ever written. Do let me write it out here. It’s such a notion!”

There was no resisting the appeal. I set him a table; he hardly thanked me, but plunged into the work at once. For half an hour the pen scratched without stopping. Then Charlie sighed and tugged his hair. The scratching grew slower, there were more erasures, and at last ceased. The finest story in the world would not come forth.

“It looks such awful rot now,” he said, mournfully. “And yet it seemed so good when I was thinking about it. What’s wrong?”

I could not dishearten him by saying the truth. So I answered: “Perhaps you don’t feel in the mood for writing.”

“Yes I do–except when I look at this stuff. Ugh!”

“He read, and it was wondrous bad, and he paused at all the specially turgid sentences, expecting a little approval; for he was proud of those sentences, as I knew he would be.

“It needs compression,” I suggested, cautiously.

“I hate cutting my things down. I don’t think you could alter a word here without spoiling the sense. It reads better aloud than when I was writing it.”

“Charlie, you’re suffering from an alarming disease afflicting a numerous class. Put the thing by, and tackle it again in a week.”

“How can I judge from a half-written tale? Tell me the story as it lies in your head.”