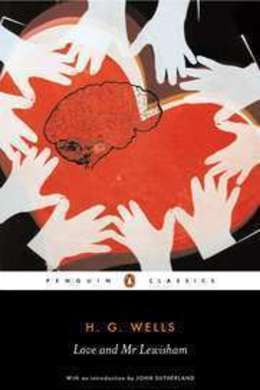 Young, impoverished, and ambitious science student Mr. Lewisham is locked in a struggle to further himself through academic achievement. But when his former sweetheart, Ethel Henderson, re-enters his life, his strictly regimented existence is thrown into chaos by the resurgence of old passion; while she returns his love, she also hides a dark secret. For she is involved in a plot that goes against his firmest beliefs.

The opening chapter does not concern itself with Love–indeed that antagonist does not certainly appear until the third–and Mr. Lewisham is seen at his studies. It was ten years ago, and in those days he was assistant master in the Whortley Proprietary School, Whortley, Sussex, and his wages were forty pounds a year, out of which he had to afford fifteen shillings a week during term time to lodge with Mrs. Munday, at the little shop in the West Street. He was called “Mr.” to distinguish him from the bigger boys, whose duty it was to learn, and it was a matter of stringent regulation that he should be addressed as “Sir.”

He wore ready-made clothes, his black jacket of rigid line was dusted about the front and sleeves with scholastic chalk, and his face was downy and his moustache incipient. He was a passable-looking youngster of eighteen, fair-haired, indifferently barbered, and with a quite unnecessary pair of glasses on his fairly prominent nose–he wore these to make himself look older, that discipline might be maintained. At the particular moment when this story begins he was in his bedroom. An attic it was, with lead-framed dormer windows, a slanting ceiling and a bulging wall, covered, as a number of torn places witnessed, with innumerable strata of florid old-fashioned paper.

To judge by the room Mr. Lewisham thought little of Love but much on Greatness. Over the head of the bed, for example, where good folks hang texts, these truths asserted themselves, written in a clear, bold, youthfully florid hand:–“Knowledge is Power,” and “What man has done man can do,”–man in the second instance referring to Mr. Lewisham. Never for a moment were these things to be forgotten. Mr. Lewisham could see them afresh every morning as his head came through his shirt. And over the yellow-painted box upon which–for lack of shelves–Mr. Lewisham’s library was arranged, was a “Schema.” (Why he should not have headed it “Scheme,” the editor of the Church Times, who calls his miscellaneous notes “Varia,” is better able to say than I.) In this scheme, 1892 was indicated as the year in which Mr. Lewisham proposed to take his B.A. degree at the London University with “hons. in all subjects,” and 1895 as the date of his “gold medal.” Subsequently there were to be “pamphlets in the Liberal interest,” and such like things duly dated. “Who would control others must first control himself,” remarked the wall over the wash-hand stand, and behind the door against the Sunday trousers was a portrait of Carlyle.

These were no mere threats against the universe; operations had begun. Jostling Shakespeare, Emerson’s Essays, and the penny Life of Confucius, there were battered and defaced school books, a number of the excellent manuals of the Universal Correspondence Association, exercise books, ink (red and black) in penny bottles, and an india-rubber stamp with Mr. Lewisham’s name. A trophy of bluish green South Kensington certificates for geometrical drawing, astronomy, physiology, physiography, and inorganic chemistry adorned his further wall. And against the Carlyle portrait was a manuscript list of French irregular verbs.

Attached by a drawing-pin to the roof over the wash-hand stand, which–the room being an attic–sloped almost dangerously, dangled a Time-Table. Mr. Lewisham was to rise at five, and that this was no vain boasting, a cheap American alarum clock by the books on the box witnessed. The lumps of mellow chocolate on the papered ledge by the bed-head indorsed that evidence. “French until eight,” said the time-table curtly. Breakfast was to be eaten in twenty minutes; then twenty-five minutes of “literature” to be precise, learning extracts (preferably pompous) from the plays of William Shakespeare–and then to school and duty. The time-table further prescribed Latin Composition for the recess and the dinner hour (“literature,” however, during the meal), and varied its injunctions for the rest of the twenty-four hours according to the day of the week. Not a moment for Satan and that “mischief still” of his. Only three-score and ten has the confidence, as well as the time, to be idle.