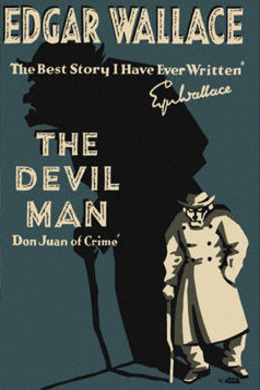 The Life and Death of Charles Peace

To whisper the name of Charles Pearce is to incite a hoard of wild imaginings, all that makes the flesh creep. Pearce is physically repulsive, tiny in stature, but a Samson in strength. He is a gifted musician, a terrible braggart - and for some reason women find him irresistible. He is also a burglar. And a murderer. There is a baffling mystery that someone urgently needs to solve…

On the western outskirts of Sheffield–the Sheffield of 1875–there was a dingy red factory that had seen the bankruptcies of at least three concerns which had been housed within its high walls. In this year it was occupied by the staff of a Mr Wertheimer, who produced nothing that was of commercial value, and was rather secretive about what he hoped to produce at all. He called himself and his partner, known and unknown, “The Silver Steel Company”, which, as Baldy said subsequently, was a contradiction in terms.

On a certain wintry night a young man dropped a rope ladder from one of the walls and came gingerly to the ground. His name was Kuhl, he was a Swiss from the Canton de Vaud, by profession an engineer, and by disposition an admirer of attractive ladies.

He picked his way across the uneven ground towards the road and was met halfway by two men. A woman, driving into Sheffield, saw the three talking by the side of the road where a closed wagonette, drawn by two horses, was standing. The men were talking loudly and gesticulating at one another. Looking back over her shoulder, she saw what was apparently a free fight in progress, and whipped up her horse.

She did not inform the police because, as she said, it was none of her business, and, besides, fights were pretty frequent in those days and in that part of the world.

Later she informed Sergeant Eltham, but could give no satisfactory account of how the fight finished.

This Sergeant Eltham was a police officer who never ceased to apologize for being seen in public without his uniform. But for this it might almost have been forgotten that he had ever worn a uniform at all, since he was the most astute of the “plain clothes men” that ever went on the roll of the Sheffield Police Force. He was tall, broad-shouldered, bushy-bearded, bald. Wrongdoers, who did not like him and never spoke of him except in the most lurid terms, called him “Baldy” or “Whiskers” as the fancy seized them.

He was a man who was seldom at a loss even in the most baffling situation, but he confessed to being beaten when the Silver Steel Company called upon him, for the second time in three months, to ask him to solve the mystery of a lost employee.

He came into Alan Mainford’s surgery one cold night in December to drink hot rum and water and gossip about people and things, as was his practice. The sergeant was a bachelor living with a widowed sister, and his recreations were few. Dr Mainford often wondered what he did to pass the time before the beginning of their friendship–it had its genesis in a violent toothache which Alan ended summarily and in the early hours of the morning with a No. 3 forcep and a muscular forearm.

“I don’t know about these Silver Steel people, doctor,” he said.

He had a deliberate method of speaking and a weakness for long words, was known as an orator at social functions, held important office in the Order of Oddfellows, and was a Buffalo of the highest grade.

Alan smiled as he filled his pipe.

He was a good-looking young man, who sacrificed a certain amount of confidence amongst elderly patients because he shaved clean, a habit that made him look even younger; so that people often referred to him as a “bit of a boy”, and expressed their firm determination of never allowing him so much as to bandage a cut finger. He had hardly lost the tan of India, spent more time out of doors than his brother professionals, kept a couple of hunters in the Melton country and might, had he desired, have found an easier and a more lucrative practice in more pleasant surroundings, for he enjoyed a good income and had expectations which must inevitably be realized.

“What don’t you know about the Silver Steel Company?” he asked.

Baldy shook his shiny head. “In the first place, silver is silver and steel’s steel,” he said. “It’s ridiculous and absurd to mix ‘em up. In the second place, they’re foreigners. I don’t like foreigners. Give me the true-born Briton!”

Alan chuckled. “You are what Mr Gladstone calls ‘insular’,” he began, and Baldy snorted.

“Gladstone! Don’t talk about that man! He’ll ruin the country one of these days, mark my words! Now, Dizzy–”

“Don’t let’s talk politics. Go on with your foreigners.”

Baldy sipped his rum and made a little face.

“Sheffield’s full of ‘em lately. There’s this Silver Steel lot and there’s Madame What’s-her-name over in–” He snapped his fingers in an effort to recall the location. Baldy could never remember names, that was the most colossal of all his weaknesses.

“Anyway, there’s her, and that German lot that are experimenting at what-do-you-call-the-place? Taking the bread out of our mouths.”

“Say Eltham, or say sergeant,” pleaded the other. “Baldy is low.”