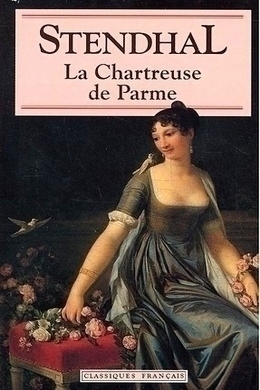 The Charterhouse of Parma

The Charterhouse of Parma chronicles the exploits of Fabrizio del Dongo, an ardent young aristocrat who joins Napoleon’s army just before the Battle of Waterloo. Yet perhaps the novel’s most unforgettable characters are the hero’s beautiful aunt, the alluring Duchess of Sanseverina, and her lover, Count Mosca, who plot to further Fabrizio’s political career at the treacherous court of Parma in a sweeping story that illuminates an entire epoch of European history. ‘Stendhal has written The Prince up to date, the novel that Machiavelli would write if he were living banished from Italy in the nineteenth century,’ noted Balzac in his famous review of The Charterhouse of Parma. ‘Never before have the hearts of princes, ministers, courtiers, and women been depicted like this. . . . One sees perfection in every detail. . . . [It] has the magnitude of a canvas fifty feet by thirty, and at the same time the manner, the execution, is Dutch in its minuteness…. The Charterhouse of Parma often contains a whole book in a single page. . . . It is a masterpiece.’

On the 15th of May, 1796, General Bonaparte made his entry into Milan at the head of that young army which had shortly before crossed the Bridge of Lodi and taught the world that after all these centuries Caesar and Alexander had a successor. The miracles of gallantry and genius of which Italy was a witness in the space of a few months aroused a slumbering people; only a week before the arrival of the French, the Milanese still regarded them as a mere rabble of brigands, accustomed invariably to flee before the troops of His Imperial and Royal Majesty; so much at least was reported to them three times weekly by a little news-sheet no bigger than one’s hand, and printed on soiled paper.

In the Middle Ages the Republicans of Lombardy had given proof of a valour equal to that of the French, and deserved to see their city rased to the ground by the German Emperors. Since they had become loyal subjects, their great occupation was the printing of sonnets upon handkerchiefs of rose-coloured taffeta whenever the marriage occurred of a young lady belonging to some rich or noble family. Two or three years after that great event in her life, the young lady in question used to engage a devoted admirer: sometimes the name of the cicisbeo chosen by the husband’s family occupied an honourable place in the marriage contract. It was a far cry from these effeminate ways to the profound emotions aroused by the unexpected arrival of the French army. Presently there sprang up a new and passionate way of life. A whole people discovered, on the 15th of May, 1796, that everything which until then it had respected was supremely ridiculous, if not actually hateful. The departure of the last Austrian regiment marked the collapse of the old ideas: to risk one’s life became the fashion. People saw that in order to be really happy after centuries of cloying sensations, it was necessary to love one’s country with a real love and to seek out heroic actions. They had been plunged in the darkest night by the continuation of the jealous despotism of Charles V and Philip II; they overturned these monarchs’ statues and immediately found themselves flooded with daylight. For the last half-century, as the Encyclopaedia and Voltaire gained ground in France, the monks had been dinning into the ears of the good people of Milan that to learn to read, or for that matter to learn anything at all was a great waste of labour, and that by paying one’s exact tithe to one’s parish priest and faithfully reporting to him all one’s little misdeeds, one was practically certain of having a good place in Paradise. To complete the debilitation of this people once so formidable and so rational, Austria had sold them, on easy terms, the privilege of not having to furnish any recruits to her army.

In 1796, the Milanese army was composed of four and twenty rapscallions dressed in scarlet, who guarded the town with the assistance of four magnificent regiments of Hungarian Grenadiers. Freedom of morals was extreme, but passion very rare; otherwise, apart from the inconvenience of having to repeat everything to one’s parish priest, on pain of ruin even in this world, the good people of Milan were still subjected to certain little monarchical interferences which could not fail to be vexatious. For instance, the Archduke, who resided at Milan and governed in the name of the Emperor, his cousin, had had the lucrative idea of trading in corn. In consequence, an order prohibiting the peasants from selling their grain until His Highness had filled his granaries.

In May, 1796, three days after the entry of the French, a young painter in miniature, slightly mad, named Gros, afterwards famous, who had come with the army, overhearing in the great Caffè dei Servi (which was then in fashion) an account of the exploits of the Archduke, who moreover was extremely stout, picked up the list of ices which was printed on a sheet of coarse yellow paper. On the back of this he drew the fat Archduke; a French soldier was stabbing him with his bayonet in the stomach, and instead of blood there gushed out an incredible quantity of corn. What we call a lampoon or caricature was unknown in this land of crafty ‘despotism. The drawing, left by Gros on the table of the Caffè dei Servi, seemed a miracle fallen from heaven; it was engraved and printed during the night, and next day twenty thousand copies of it were sold.

The same day, there were posted up notices of a forced loan of six millions, levied to supply the needs of the French army which, having just won six battles and conquered a score of provinces, wanted nothing now but shoes, breeches, jackets and caps.