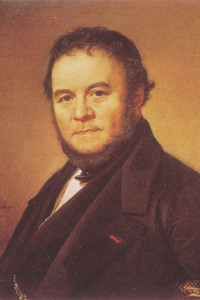 Marie-Henri Beyle, better known by his pen name Stendhal in English, was a 19th-century French writer. Known for his acute analysis of his characters’ psychology, he is considered one of the earliest and foremost practitioners of realism, as is evident in the novels Le Rouge et le Noir (The Red and the Black) and La Chartreuse de Parme (The Charterhouse of Parma). Contemporary readers did not fully appreciate Stendhal’s realistic style during the Romantic period in which he lived; he was not fully appreciated until the beginning of the 20th century. He dedicated his writing to “the Happy Few” (in English in the original). This is often interpreted as a sly dedication to the few who understood or appreciated his writing.

Stendhal’s first novel is a romance novel set during the Bourbon Restoration and published anonymously in 1827. Octave de Malivert, a taciturn but brill...read more »

The Charterhouse of Parma chronicles the exploits of Fabrizio del Dongo, an ardent young aristocrat who joins Napoleon’s army just before the Battle of ...read more »

A landmark in the development of psychological realism, Stendhal’s masterpiece chronicles a young man’s struggles with the dualities of his nature. Juli...read more »