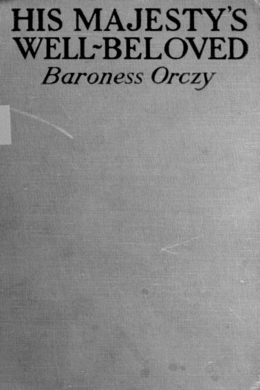 An Episode in the Life of Mr. Thomas Betteron as told by His Friend John Honeywood

An Episode in the Life of Mr. Thomas Betteron as told by His Friend John. “After that memorable Day, Mistress, we were like naughty Children who were being punished for playing truant out of School. For Weeks and Months our Lives went on with dreary monotony, with never a chance of seeing Something of that outside World of which we had caught a glimpse. You continued to sew and to scrub and to be at the beck and call of a Scold. I went on copying legal Documents till my very Brain appeared atrophied, incapable of a single happy Thought or of a joyous Hope.”

May it please you that I, an humble Clerk and Scrivener, do venture to address so talented a Lady; but there is that upon my Conscience which compels me to write these lines. The Goodness and Charity of Mistress Saunderson are well known, and ’tis not as a Suppliant that I crave pardon for my Presumption, but rather as one whose fidelity and loyalty have oft been tried and never been found wanting. ’Tis said, most gracious Mistress, that your fancy hath been touched by the tenderness and devotion of a Man who is as dear to me as if he were mine own Brother, but that You hesitate to bestow upon him that for which he craves more than for anything in the world, your Hand and Heart. And this because of many Rumours which have sullied his fair Name. Mr. Betterton, Madam, hath many enemies. How could this be otherwise seeing that so vast a measure of Success hath attended his career, and that the King’s most gracious Majesty doth honour him with Friendship and Regard to the exclusion of others who are envious of so great a fame? Those Enemies now, Madam, seeing that your Heart hath been touched with the man’s grace and bearing, rather than with his undying Renown, have set themselves the task of blackening Mr. Betterton’s character before your eyes, thus causing you mayhap grievous Sorrow and Disappointment. But this I do swear by all that I hold most sacred, that Mr. Betterton hath never committed a mean Act in his life nor done aught to forfeit your Regard. Caustic of wit he is, but neither a Braggart nor a Bully; he hath been credited with many good Fortunes, but so hath every Gentleman in the Kingdom, and there is no discredit attached to a man for subjugating the Hearts of those that are both frail and fair. My Lady Castlemaine hath bestowed many favours on Mr. Betterton, so hath the Countess of Shrewsbury, and there are others, at least the Gossips do aver it. But on my Soul and Honour, he hath never ceased to love You, until the day when a certain great Lady came across his path for his misfortune and his undying Regret. And even so, Madam, though appearances are against him, I own, let me assure You that the swerving of his Allegiance to You was not only transitory but it was never one of the Heart—it was a mere aberration of the senses. He may never forget the Lady—he certainly will never forget her Cruelty—but he no longer loves Her, never did love Her as he loves You, with his Heart and Mind, with Tenderness and Devotion. The other was only a Dream—a fitful fancy: his Love for You is as immortal as his Fame. Therefore, gracious Mistress, I, the humble Friend of so great a Man, have ventured to set forth for your perusal that which he himself would be too proud to put before you—namely, his Justification. As for the rest, what I am about to relate is the true Historie of Mr. Betterton’s Romance, the only one which might give you cause for sorrow, yet none for uneasiness, because that Romance is now a thing of the past, like unto a Flower that is faded and without fragrance, even though it still lies pressed between the pages of a great man’s Book of Life. Everything else is mere Episode. But this which I have here set down will show you how much nobility of heart and grandeur of Character lies hidden beneath the flippant and at times grim exterior of the Man whom you have honoured with your regard.

The writing of the Historie hath caused me much anxiety and deep thought. I desired to present the Truth before you, and not the highly-coloured effusions of a Partisan. I have slurred over nothing, concealed nothing. An you, gracious Mistress, have the patience to read unto the End, I am confident that any Hesitation as to your Future which may still linger in your Heart will vanish with the more intimate Knowledge of the true Facts of the case, as well as of the Man whose faults are of his own Time and of his Entourage, but whose Merits are for the whole World to know and to cherish, for as many Cycles of years as there will be Englishmen to speak the Words of English Poets.