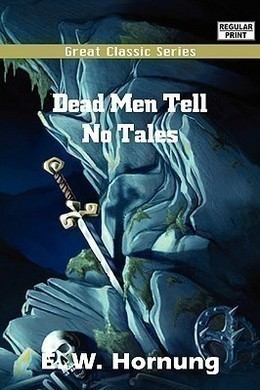 Meeting failure in his search for wealth in the 1851 Australian gold rush, a dispirited Mr. Cole takes the next available ship back to England – and falls in love with Eva Denison, a beautiful and accomplished young woman traveling with her exotic Portuguese step-father. After a disaster at sea Cole returns to anonymity in London… or so he thinks. Events lead to the discovery of a horrible conspiracy, and then to an adventure that may cost Cole his greatest love.

Nothing is so easy as falling in love on a long sea voyage, except falling out of love. Especially was this the case in the days when the wooden clippers did finely to land you in Sydney or in Melbourne under the four full months. We all saw far too much of each other, unless, indeed, we were to see still more. Our superficial attractions mutually exhausted, we lost heart and patience in the disappointing strata which lie between the surface and the bed-rock of most natures. My own experience was confined to the round voyage of the Lady Jermyn, in the year 1853. It was no common experience, as was only too well known at the time. And I may add that I for my part had not the faintest intention of falling in love on board; nay, after all these years, let me confess that I had good cause to hold myself proof against such weakness. Yet we carried a young lady, coming home, who, God knows, might have made short work of many a better man!

Eva Denison was her name, and she cannot have been more than nineteen years of age. I remember her telling me that she had not yet come out, the very first time I assisted her to promenade the poop. My own name was still unknown to her, and yet I recollect being quite fascinated by her frankness and self-possession. She was exquisitely young, and yet ludicrously old for her years; had been admirably educated, chiefly abroad, and, as we were soon to discover, possessed accomplishments which would have made the plainest old maid a popular personage on board ship. Miss Denison, however, was as beautiful as she was young, with the bloom of ideal health upon her perfect skin. She had a wealth of lovely hair, with strange elusive strands of gold among the brown, that drowned her ears (I thought we were to have that mode again?) in sunny ripples; and a soul greater than the mind, and a heart greater than either, lay sleeping somewhere in the depths of her grave, gray eyes.

We were at sea together so many weeks. I cannot think what I was made of then!

It was in the brave old days of Ballarat and Bendigo, when ship after ship went out black with passengers and deep with stores, to bounce home with a bale or two of wool, and hardly hands enough to reef topsails in a gale. Nor was this the worst; for not the crew only, but, in many cases, captain and officers as well, would join in the stampede to the diggings; and we found Hobson’s Bay the congested asylum of all manner of masterless and deserted vessels. I have a lively recollection of our skipper’s indignation when the pilot informed him of this disgraceful fact. Within a fortnight, however, I met the good man face to face upon the diggings. It is but fair to add that the Lady Jermyn lost every officer and man in the same way, and that the captain did obey tradition to the extent of being the last to quit his ship. Nevertheless, of all who sailed by her in January, I alone was ready to return at the beginning of the following July.

I had been to Ballarat. I had given the thing a trial. For the most odious weeks I had been a licensed digger on Black Hill Flats; and I had actually failed to make running expenses. That, however, will surprise you the less when I pause to declare that I have paid as much as four shillings and sixpence for half a loaf of execrable bread; that my mate and I, between us, seldom took more than a few pennyweights of gold-dust in any one day; and never once struck pick into nugget, big or little, though we had the mortification of inspecting the “mammoth masses” of which we found the papers full on landing, and which had brought the gold-fever to its height during our very voyage. With me, however, as with many a young fellow who had turned his back on better things, the malady was short-lived. We expected to make our fortunes out of hand, and we had reckoned without the vermin and the villainy which rendered us more than ever impatient of delay. In my fly-blown blankets I dreamt of London until I hankered after my chambers and my club more than after much fine gold. Never shall I forget my first hot bath on getting back to Melbourne; it cost five shillings, but it was worth five pounds, and is altogether my pleasantest reminiscence of Australia.

There was, however, one slice of luck in store for me. I found the dear old Lady Jermyn on the very eve of sailing, with a new captain, a new crew, a handful of passengers (chiefly steerage), and nominally no cargo at all. I felt none the less at home when I stepped over her familiar side.