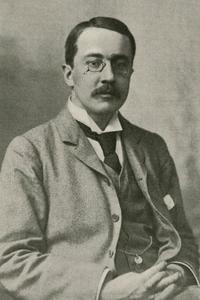 Ernest William Hornung was an English author and poet perhaps best known for writing the A. J. Raffles series of stories about a gentleman thief in late 19th-century London. In 1898 he wrote “In the Chains of Crime”, which introduced Raffles and his sidekick, Bunny Manders; the characters were based partly on his friends Oscar Wilde and his lover, Lord Alfred Douglas, and also on Sherlock Holmes and Dr. Watson. The series of Raffles short stories were collected for sale in book form in 1899, and two further books of Raffles short stories followed, as well as a poorly received novel.

Today, a family would think nothing of the fact that one of their sons had fallen in love with an Australian woman. In the stodgy nineteenth century, ho...read more »

A Thief in the Night is the third collection of stories detailing the exploits and intrigues of gentleman thief A. J. Raffles in late Victorian England....read more »

Meeting failure in his search for wealth in the 1851 Australian gold rush, a dispirited Mr. Cole takes the next available ship back to England – and fal...read more »

Arthur Raffles is a prominent member of London society, and a national sporting hero. As a cricketer he regularly represents England in Test matches. He...read more »

No Hero…A woman from his past…A mysterious, sealed letter…A mountain with a deadly reputation…What brings these things together? And will they confirm o...read more »

Since his friend and partner in crime, A. J. Raffles, jumped into the Mediterranean, Bunny Manders has scraped along as best he can. At Raffles’s side, ...read more »

Rachel Minchin stands in the dock, accused of murdering the dissolute husband she was preparing to leave. The trial is sensational, and public opinion v...read more »