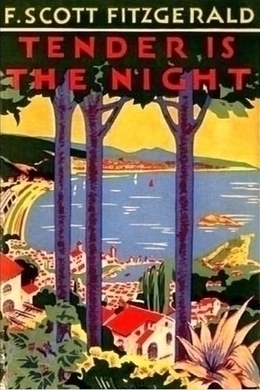 Tender is the Night

F. Scott Fitzgerald wrote in a friend’s copy of Tender Is the Night, “If you liked The Great Gatsby, for God’s sake read this. Gatsby was a tour de force but this is a confession of faith.” Set in the South of France in the decade after World War I, it’s the story of a brilliant and magnetic psychiatrist named Dick Diver; the bewitching, wealthy, and dangerously unstable mental patient, Nicole, who becomes his wife; and the beautiful, harrowing ten-year pas de deux they act out along the border between sanity and madness. In Tender Is the Night, Fitzgerald deliberately set out to write the most ambitious and far-reaching novel of his career, experimenting radically with narrative conventions of chronology and point of view and drawing on early breakthroughs in psychiatry to enrich his account of the makeup and breakdown of character and culture. It is also the most intensely, even painfully, autobiographical of Fitzgerald’s novels; it smolders with a dark, bitter vitality because it is so utterly true.

F. Scott Fitzgerald literally put his soul into Tender Is the Night, and the novel’s lack of commercial success upon its initial publication in shattered him. He would die six years later without having published another novel, and without knowing that Tender Is the Night would come to be seen as perhaps its author’s most poignant masterpiece. In Mabel Dodge Luhan’s words, it raised him to the heights of “a modern Orpheus.”

On the pleasant shore of the French Riviera, about half way between Marseilles and the Italian border, stands a large, proud, rose- colored hotel. Deferential palms cool its flushed façade, and before it stretches a short dazzling beach. Lately it has become a summer resort of notable and fashionable people; a decade ago it was almost deserted after its English clientele went north in April. Now, many bungalows cluster near it, but when this story begins only the cupolas of a dozen old villas rotted like water lilies among the massed pines between Gausse’s Hôtel des Étrangers and Cannes, five miles away.

The hotel and its bright tan prayer rug of a beach were one. In the early morning the distant image of Cannes, the pink and cream of old fortifications, the purple Alp that bounded Italy, were cast across the water and lay quavering in the ripples and rings sent up by sea-plants through the clear shallows. Before eight a man came down to the beach in a blue bathrobe and with much preliminary application to his person of the chilly water, and much grunting and loud breathing, floundered a minute in the sea. When he had gone, beach and bay were quiet for an hour. Merchantmen crawled westward on the horizon; bus boys shouted in the hotel court; the dew dried upon the pines. In another hour the horns of motors began to blow down from the winding road along the low range of the Maures, which separates the littoral from true Provençal France.

A mile from the sea, where pines give way to dusty poplars, is an isolated railroad stop, whence one June morning in 1925 a victoria brought a woman and her daughter down to Gausse’s Hotel. The mother’s face was of a fading prettiness that would soon be patted with broken veins; her expression was both tranquil and aware in a pleasant way. However, one’s eye moved on quickly to her daughter, who had magic in her pink palms and her cheeks lit to a lovely flame, like the thrilling flush of children after their cold baths in the evening. Her fine forehead sloped gently up to where her hair, bordering it like an armorial shield, burst into lovelocks and waves and curlicues of ash blonde and gold. Her eyes were bright, big, clear, wet, and shining, the color of her cheeks was real, breaking close to the surface from the strong young pump of her heart. Her body hovered delicately on the last edge of childhood–she was almost eighteen, nearly complete, but the dew was still on her.

As sea and sky appeared below them in a thin, hot line the mother said:

“Something tells me we’re not going to like this place.”

“I want to go home anyhow,” the girl answered.

They both spoke cheerfully but were obviously without direction and bored by the fact–moreover, just any direction would not do. They wanted high excitement, not from the necessity of stimulating jaded nerves but with the avidity of prize-winning schoolchildren who deserved their vacations.

At the hotel the girl made the reservation in idiomatic but rather flat French, like something remembered. When they were installed on the ground floor she walked into the glare of the French windows and out a few steps onto the stone veranda that ran the length of the hotel. When she walked she carried herself like a ballet- dancer, not slumped down on her hips but held up in the small of her back. Out there the hot light clipped close her shadow and she retreated–it was too bright to see. Fifty yards away the Mediterranean yielded up its pigments, moment by moment, to the brutal sunshine; below the balustrade a faded Buick cooked on the hotel drive.

Indeed, of all the region only the beach stirred with activity. Three British nannies sat knitting the slow pattern of Victorian England, the pattern of the forties, the sixties, and the eighties, into sweaters and socks, to the tune of gossip as formalized as incantation; closer to the sea a dozen persons kept house under striped umbrellas, while their dozen children pursued unintimidated fish through the shallows or lay naked and glistening with cocoanut oil out in the sun.

As Rosemary came onto the beach a boy of twelve ran past her and dashed into the sea with exultant cries. Feeling the impactive scrutiny of strange faces, she took off her bathrobe and followed. She floated face down for a few yards and finding it shallow staggered to her feet and plodded forward, dragging slim legs like weights against the resistance of the water. When it was about breast high, she glanced back toward shore: a bald man in a monocle and a pair of tights, his tufted chest thrown out, his brash navel sucked in, was regarding her attentively. As Rosemary returned the gaze the man dislodged the monocle, which went into hiding amid the facetious whiskers of his chest, and poured himself a glass of something from a bottle in his hand.