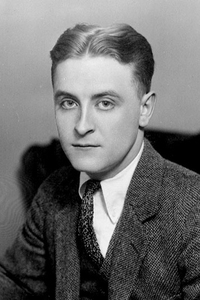 Francis Scott Fitzgerald was an American writer of novels and short stories, whose works are evocative of the Jazz Age, a term he coined himself. He is widely regarded as one of the twentieth century’s greatest writers. Fitzgerald is considered a member of the “Lost Generation” of the Twenties. He finished four novels, including The Great Gatsby, with another published posthumously, and wrote dozens of short stories that treat themes of youth and promise along with despair and age.

Fitzgerald’s work and legend has inspired writers ever since he was first published. The publication of The Great Gatsby prompted T. S. Eliot to write, in a letter to Fitzgerald, “[I]t seems to me to be the first step that American fiction has taken since Henry James…” Don Birnam, the protagonist of Charles Jackson’s The Lost Weekend, says to himself, referring to Gatsby, “There’s no such thing…as a flawless novel. But if there is, this is it.

Into the 21st century, Fitzgerald’s reputation continues to grow. Millions of copies of “The Great Gatsby” and his other works have been sold, and “Gatsby,” a constant best-seller, is required reading in many high school and college classes. (source: Wikipedia)

First published in 1920, Flappers and Philosophers marked F. Scott Fitzgerald’s entry into the realm of the short story, in which he adroitly proved him...read more »

A collection of 11 classic short stories by F. Scott Fitzgerald, reprinted as they first appeared together in 1922. Included are The Curious Case of Ben...read more »

F. Scott Fitzgerald wrote in a friend’s copy of Tender Is the Night, “If you liked The Great Gatsby, for God’s sake read this. Gatsby was a tour de forc...read more »

Embellished with the author’s lyrical prose, here is the story of Harvard-educated, aspiring aeshete Anthony Patch and his beautiful wife, Gloria. As th...read more »

The Curious Case of Benjamin Button (1922)

“The Curious Case of Benjamin Button” is a short story by F. Scott Fitzgerald about a man who ages in reverse: He is born a feeble 70-year-old and becom...read more »

The fabulously wealthy Jay Gatsby and his love for the beautiful Daisy Buchanan, of lavish parties on Long Island at a time when The New York Times note...read more »

This Side of Paradise, F. Scott Fitzgerald’s romantic and witty first novel, was written when the author was only twenty-three years old. This semiautob...read more »