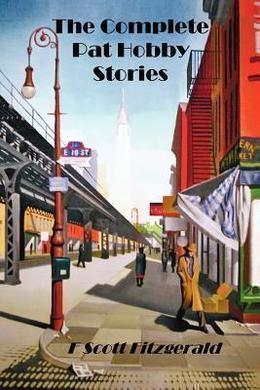 The Pat Hobby Stories are a collection of 17 short stories written by F. Scott Fitzgerald, first published by Arnold Gingrich of Esquire magazine between January 1940 and May 1941. Pat Hobby is a down-and-out screenwriter in Hollywood, once successful as “a good man for structure” during the silent age of cinema, but now reduced to an alcoholic hack hanging around the studio lot. Most stories find him broke and engaged in some ploy for money or a much-desired screen credit, but his antics usually backfire and end in further humiliation. Drawing on his own experiences as a writer in Hollywood, Fitzgerald portrays Pat Hobby with self-mocking humor and nostalgia.

It was Christmas Eve in the studio. By eleven o’clock in the morning, Santa Claus had called on most of the huge population according to each one’s deserts.

Sumptuous gifts from producers to stars, and from agents to producers arrived at offices and studio bungalows: on every stage one heard of the roguish gifts of casts to directors or directors to casts; champagne had gone out from publicity office to the press. And tips of fifties, tens and fives from producers, directors and writers fell like manna upon the white collar class.

In this sort of transaction there were exceptions. Pat Hobby, for example, who knew the game from twenty years’ experience, had had the idea of getting rid of his secretary the day before. They were sending over a new one any minute–but she would scarcely expect a present the first day.

Waiting for her, he walked the corridor, glancing into open offices for signs of life. He stopped to chat with Joe Hopper from the scenario department.

‘Not like the old days,’ he mourned, ‘Then there was a bottle on every desk.’

‘There’re a few around.’

‘Not many.’ Pat sighed. ‘And afterwards we’d run a picture–made up out of cutting-room scraps.’

‘Oh, it was juicy. You darned near ripped your guts laughing–’

He broke off as the sight of a woman, pad in hand, entering his office down the hall recalled him to the sorry present.

‘Gooddorf has me working over the holiday,’ he complained bitterly.

‘I wouldn’t either except my four weeks are up next Friday, and if I bucked him he wouldn’t extend me.’

As he turned away Hopper knew that Pat was not being extended anyhow. He had been hired to script an old-fashioned horse-opera and the boys who were ‘writing behind him’–that is working over his stuff–said that all of it was old and some didn’t make sense.

She was about thirty-six, handsome, faded, tired, efficient. She went to the typewriter, examined it, sat down and burst into sobs.

Pat started. Self-control, from below anyhow, was the rule around here. Wasn’t it bad enough to be working on Christmas Eve? Well– less bad than not working at all. He walked over and shut the door– someone might suspect him of insulting the girl.

‘Cheer up,’ he advised her. ‘This is Christmas.’

Her burst of emotion had died away. She sat upright now, choking and wiping her eyes.

‘Nothing’s as bad as it seems,’ he assured her unconvincingly. ‘What’s it, anyhow? They going to lay you off?’

She shook her head, did a sniffle to end sniffles, and opened her note book.

‘Who you been working for?’

She answered between suddenly gritted teeth.

Pat widened his permanently bloodshot eyes. Now he remembered he had seen her in Harry’s outer office,

‘Since 1921. Eighteen years. And yesterday he sent me back to the department. He said I depressed him–I reminded him he was getting on.’ Her face was grim. ‘That isn’t the way he talked after hours eighteen years ago.’

‘Yeah, he was a skirt chaser then,’ said Pat.

‘I should have done something then when I had the chance.’

‘Breach of promise? That’s no angle!’

‘But I had something to clinch it. Something bigger than breach of promise. I still have too. But then, you see, I thought I was in love with him.’ She brooded for a moment. ‘Do you want to dictate something now?’

Pat remembered his job and opened a script.

‘Ext. Long Shot of the Plains,’ he decreed. ‘Buck and Mexicans approaching the hyacenda.’

‘The hyacenda–the ranch house.’ He looked at her reproachfully, ‘114 B. Two Shot: Buck and Pedro. Buck: “The dirty son-of-a- bitch. I’ll tear his guts out!”’

‘You want me to write that down?’

‘But won’t somebody have to change it to “you rat”?’

He glared at her–he didn’t want to change secretaries every day.

‘Harry Gooddorf can worry about that.’

‘Are you working for Mr Gooddorf?’ Miss Kagle asked in alarm.

‘Until he throws me out.’

‘I shouldn’t have said–’

‘Don’t worry,’ he assured her. ‘He’s no pal of mine anymore. Not at three-fifty a week, when I used to get two thousand … Where was I?’

He paced the floor again, repeating his last line aloud with relish. But now it seemed to apply not to a personage of the story but to Harry Gooddorf. Suddenly he stood still, lost in thought. ‘Say, what is it you got on him? You know where the body is buried?’

‘That’s too true to be funny.’

‘He knock somebody off?’

‘Mr Hobby, I’m sorry I ever opened my mouth.’