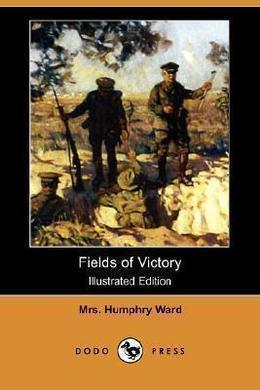 It is a bold thing, I fear, to offer the public yet more letters based on a journey through the battle-fields of France-especially at a moment when impressions are changing so fast, when the old forms of writing about the war seem naturally out of date, or even distasteful, and the new are not yet born.

A bewildering three weeks spent in a perpetually changing scene–changing, and yet, outside Paris, in its essential elements terribly the same–that is how my third journey to France, since the war began, appears to me as I look back upon it. My dear daughter-secretary and I have motored during January some nine hundred miles through the length and breadth of France, some of it in severe weather. We have spent some seven days on the British front, about the same on the French front, with a couple of nights at Metz, and a similar time at Strasburg, and rather more than a week in Paris. Little enough! But what a time of crowding and indelible impressions! Now, sitting in this quiet London house, I seem to be still bending forward in the motor-car, which became a sort of home to us, looking out, so intently that one’s eyes suffered, at the unrolling scene. I still see the grim desolation of the Ypres salient; the heaps of ugly wreck that men call Lens and Lieviny and Souchez; and that long line of Notre Dame de Lorette, with the Bois de Bouvigny to the west of it–where I stood among Canadian batteries just six weeks before the battle of Arras in 1917. The lamentable ruin of once beautiful Arras, the desolation of Douai, and the villages between it and Valenciennes, the wanton destruction of what was once the heart of Cambrai, and that grim scene of the broken bridge on the Cambrai–Bapaume road, over the Canal du Nord, where we got out on a sombre afternoon, to look and look again at a landscape that will be famous through the world for generations: they rise again, with the sharpness of no ordinary recollection, on the inward vision. So too Bourlon Wood, high and dark against the evening sky; the unspeakable desolation and ruin of the road thence to Bapaume; Bapaume itself, under the moon, its poor huddled heaps lit only, as we walked about it, by that strange, tranquil light from overhead, and the lamps of our standing motor-car; some dim shapes and sights emerging on the long and thrice-famous road from Bapaume to Albert, first, the dark mound of the Butte de Warlencourt, with three white crosses on its top, and once a mysterious light in a fragment of a ruined house, the only light I saw on the whole long downward stretch from Bapaume to Albert. Then the church of Albert, where the hanging Virgin used to be in 1917, hovering above a town that for all the damage done to it was then still a town of living men, and is now a place so desolate that one shrinks from one’s own voice in the solitude, and so wrecked that only the traffic directions here and there, writ large, seem to guide us through the shapeless heaps that once were streets. And, finally, the scanty lights of Amiens, marking the end of the first part of our journey.

These were the sights of the first half of our journey. And as they recur to me, I understand so well the anxious and embittered mood of France, which was so evident a month ago; though now, I hope, substantially changed by the conditions of the renewed Armistice. No one who has not seen with his or her own eyes the situation in Northern France can, it seems to me, realise its effects on the national feeling of the country. And in this third journey of mine, I have seen much more than Northern France. In a motor drive of some hundreds of miles, from Metz to Strasburg, through Nancy, Toul, St. Mihiel, Verdun, Châlons, over the ghastly battle-fields of Champagne, through Rheims, Chateau-Thierry, Vaux, to Paris, I have always had the same spectacle under my eyes, the same passion in my heart. If one tried to catch and summarise the sort of suppressed debate that was going on round one, a few weeks ago, between Allied opinion that was trying to reassure France, and the bitter feeling of France herself, it seemed to fall into something like the following dialogue:

“All is well. The Peace Conference is sitting in Paris.”

“Yes–but what about France?”

“President Wilson and Mr. Lloyd George have gradually brought the recalcitrant elements into line. The League of Nations is a reality.”

“Yes–but what about France? Has the President been to see these scores of ruined towns, these hundreds of wiped-out villages, these fantastic wrecks of mines and factories, these leagues on leagues of fruitful land given back to waste, these shell-blasted forests, these broken ghosts of France’s noblest churches?”

“The President has made a Sunday excursion from Paris to Rheims. He saw as much as a winter day of snow and fog would allow him to see. France must be patient. Everything takes time.”