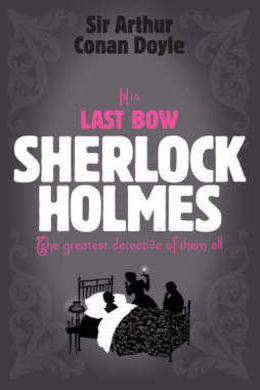 An Epilogue of Sherlock Holmes

The greatest detective of them all is back…About to spring out upon my appalled senses, lurked all that was vaguely horrible, all that was monstrous and inconceivably wicked in the universe’. A dense yellow fog descends upon London. Tricksters, thieves and murderers stalk their prey undetected. Lawlessness abounds but it is no match for Sherlock Holmes penetrating mind. For even in the gloom Holmes sees and observes everything

I find it recorded in my notebook that it was a bleak and windy day towards the end of March in the year 1892. Holmes had received a telegram while we sat at our lunch, and he had scribbled a reply. He made no remark, but the matter remained in his thoughts, for he stood in front of the fire afterwards with a thoughtful face, smoking his pipe, and casting an occasional glance at the message. Suddenly he turned upon me with a mischievous twinkle in his eyes.

“I suppose, Watson, we must look upon you as a man of letters,” said he. “How do you define the word ‘grotesque’?”

He shook his head at my definition.

“There is surely something more than that,” said he; “some underlying suggestion of the tragic and the terrible. If you cast your mind back to some of those narratives with which you have afflicted a long-suffering public, you will recognize how often the grotesque has deepened into the criminal. Think of that little affair of the red-headed men. That was grotesque enough in the outset, and yet it ended in a desperate attempt at robbery. Or, again, there was that most grotesque affair of the five orange pips, which led straight to a murderous conspiracy. The word puts me on the alert.”

He read the telegram aloud.

“Have just had most incredible and grotesque experience. May I consult you?

“Oh, man, of course. No woman would ever send a reply-paid telegram. She would have come.”

“My dear Watson, you know how bored I have been since we locked up Colonel Carruthers. My mind is like a racing engine, tearing itself to pieces because it is not connected up with the work for which it was built. Life is commonplace, the papers are sterile; audacity and romance seem to have passed forever from the criminal world. Can you ask me, then, whether I am ready to look into any new problem, however trivial it may prove? But here, unless I am mistaken, is our client.”

A measured step was heard upon the stairs, and a moment later a stout, tall, gray-whiskered and solemnly respectable person was ushered into the room. His life history was written in his heavy features and pompous manner. From his spats to his gold-rimmed spectacles he was a Conservative, a churchman, a good citizen, orthodox and conventional to the last degree. But some amazing experience had disturbed his native composure and left its traces in his bristling hair, his flushed, angry cheeks, and his flurried, excited manner. He plunged instantly into his business.

“I have had a most singular and unpleasant experience, Mr. Holmes,” said he. “Never in my life have I been placed in such a situation. It is most improper–most outrageous. I must insist upon some explanation.” He swelled and puffed in his anger.

“Pray sit down, Mr. Scott Eccles,” said Holmes in a soothing voice. “May I ask, in the first place, why you came to me at all?”

“Well, sir, it did not appear to be a matter which concerned the police, and yet, when you have heard the facts, you must admit that I could not leave it where it was. Private detectives are a class with whom I have absolutely no sympathy, but none the less, having heard your name–”

“Quite so. But, in the second place, why did you not come at once?”

Holmes glanced at his watch.

“It is a quarter-past two,” he said. “Your telegram was dispatched about one. But no one can glance at your toilet and attire without seeing that your disturbance dates from the moment of your waking.”

Our client smoothed down his unbrushed hair and felt his unshaven chin.

“You are right, Mr. Holmes. I never gave a thought to my toilet. I was only too glad to get out of such a house. But I have been running round making inquiries before I came to you. I went to the house agents, you know, and they said that Mr. Garcia’s rent was paid up all right and that everything was in order at Wisteria Lodge.”

“Come, come, sir,” said Holmes, laughing. “You are like my friend, Dr. Watson, who has a bad habit of telling his stories wrong end foremost. Please arrange your thoughts and let me know, in their due sequence, exactly what those events are which have sent you out unbrushed and unkempt, with dress boots and waistcoat buttoned awry, in search of advice and assistance.”

Our client looked down with a rueful face at his own unconventional appearance.

“I’m sure it must look very bad, Mr. Holmes, and I am not aware that in my whole life such a thing has ever happened before. But I will tell you the whole queer business, and when I have done so you will admit, I am sure, that there has been enough to excuse me.”