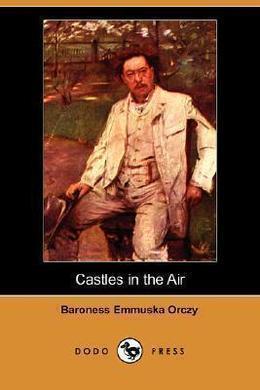 Castles in the Air

Mr. Hector Ratichon-onetime aide to Robespierre and confidant of Napoleon Bonaparte-is a rascal and rogue of the highest order. Nevertheless, his service to France and his resulting adventures make entertaining reading.

My name is Ratichon–Hector Ratichon, at your service, and I make so bold as to say that not even my worst enemy would think of minimizing the value of my services to the State. For twenty years now have I placed my powers at the disposal of my country: I have served the Republic, and was confidential agent to Citizen Robespierre; I have served the Empire, and was secret factotum to our great Napoléon; I have served King Louis–with a brief interval of one hundred days– for the past two years, and I can only repeat that no one, in the whole of France, has been so useful or so zealous in tracking criminals, nosing out conspiracies, or denouncing traitors as I have been.

And yet you see me a poor man to this day: there has been a persistently malignant Fate which has worked against me all these years, and would–but for a happy circumstance of which I hope anon to tell you–have left me just as I was, in the matter of fortune, when I first came to Paris and set up in business as a volunteer police agent at No, 96 Rue Daunou.

My apartment in those days consisted of an antechamber, an outer office where, if need be, a dozen clients might sit, waiting their turn to place their troubles, difficulties, anxieties before the acutest brain in France, and an inner room wherein that same acute brain–mine, my dear Sir–was wont to ponder and scheme. That apartment was not luxuriously furnished–furniture being very dear in those days–but there were a couple of chairs and a table in the outer office, and a cupboard wherein I kept the frugal repast which served me during the course of a long and laborious day. In the inner office there were more chairs and another table, littered with papers: letters and packets all tied up with pink tape (which cost three sous the metre), and bundles of letters from hundreds of clients, from the highest and the lowest in the land, you understand, people who wrote to me and confided in me to-day as kings and emperors had done in the past. In the antechamber there was a chair-bedstead for Theodore to sleep on when I required him to remain in town, and a chair on which he could sit.

And, of course, there was Theodore!

Ah! my dear Sir, of him I can hardly speak without feeling choked with the magnitude of my emotion. A noble indignation makes me dumb. Theodore, sir, has ever been the cruel thorn that times out of number hath wounded my over-sensitive heart. Think of it! I had picked him out of the gutter! No! no! I do not mean this figuratively! I mean that, actually and in the flesh, I took him up by the collar of his tattered coat and dragged him out of the gutter in the Rue Blanche, where he was grubbing for trifles out of the slime and mud. He was frozen, Sir, and starved–yes, starved! In the intervals of picking filth up out of the mud he held out a hand blue with cold to the passers-by and occasionally picked up a sou. When I found him in that pitiable condition he had exactly twenty centimes between him and absolute starvation.

And I, Sir Hector Ratichon, the confidant of two kings, three autocrats and an emperor, took that man to my bosom–fed him, clothed him, housed him, gave him the post of secretary in my intricate, delicate, immensely important business–and I did this, Sir, at a salary which, in comparison with his twenty centimes, must have seemed a princely one to him.