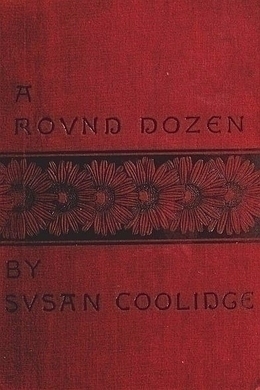 19th century fairy tales with elves and magic doors. Contains the following 12 stories; The Little White Door, Little Karen and her Baby, Helen’s Thanksgiving, At Fiesole, Queen Blossom, A Small Beginning, The Secret Door, The Two Wishes, Blue and Pink, A Fortunate Misfortune, Toinette and the Elves, Jean’s Money, and What it Bought, How the Storks Came and Went.

I suppose that most boys and girls who go to school and study geography know, by sight at least, the little patch of pale pink which is marked on the map as “Switzerland.” I suppose, too, that if I asked, “What can you tell me about Switzerland?” a great many of them would cry out, “It is a mountainous country, the Alps are there, Mont Blanc is there, the highest land in Europe.” All this is true; but I wonder if all of those who know even so much have any idea what a beautiful country Switzerland is? Not only are the mountains very high and very grand, but the valleys which lie between are as green as emerald, and full of all sorts of wild flowers; there are lakes of the loveliest blue, rivers which foam and dash as merrily as rivers do in America, and the prettiest farmhouses in the world,–châlets the Swiss call them,–with steep roofs and hanging balconies, and mottoes and quaint ornaments carved all over their fronts. And the most peculiar and marvellous thing of all is the strange nearness of the grass and herbage to the snows. High, high up in the foldings of the great mountains on whose tops winter sits all the year long, are lovely little valleys hidden away, where goats and sheep feed by the side of glacier-fed streams; and the air is full of the tinkle of their bells, and of the sweet smells of the mountain flowers. The water of these streams has an odd color which no other waters have,–a sort of milky blue-green, like an opal. Even on the hottest days a chilly air plays over their surface, the breath, as it were, of the great ice-fields above, from whose melting snows the streams are fed. And the higher you climb, still greener grow the pastures and thicker the blossoms, while the milk in the châlet pans seems half cream, it is so rich. Delicious milk it is, ice cold, and fragrant as if the animals which produce it had fed on flowers. Oh, Switzerland is a wonderful land indeed!

One day as I sat in a thicket of Alp roses in one of those lovely, lonely upper valleys, I happened to raise my eyes, and noticed, high in the cliff above, a tall narrow rock as white as snow, which looked exactly like a door set in the face of the gray precipice. An old shepherd came by, and I asked him about it. He said it was called “The Door,” and that the valley was called “The Valley of the Door” by some folks because of it, but that its real name was “Das Fritzethal,” or “Fritz’s Valley,” on account of a boy called Fritz who once lived there. I wanted to know about the boy, and as the old man had a little time to spare, he sat down beside me and told this story, which I will now tell you.

“It was many, many years ago,” the shepherd said, “so many that no man now remembers exactly when it happened. Fritz’s mother was a widow, and he was her only child. They were poor people, and had to work hard for a living. Fritz was a steady, faithful lad, and did his best. All day long he dug and toiled, and herded and milked and fed his goats; in the winter he carved wooden bowls for sale in the lower valley; but, work as he would, it was not always easy to keep the meal-bin full. What made it harder, were the strange storms which every few months swept the valley and damaged the crops. Out of the blue sky, as it were, these storms would suddenly drop. The sun would be shining one moment; the next, great torrents of rain would begin to fall and fierce winds to blow, flooding the crops and carrying drifts of sand and gravel across the fields. Then, at other times, no rain would fall for months together, and every green thing would be burned and dried up, while perhaps at the very same time the lower valleys had plenty of rain. This happened so often that people gave the Thal the name of “The Unlucky Valley,” and it was accounted a sad thing to have to get a living there. The climate is very different now–praised be God.

“You can see, madame, that Fritz’s lot was not strewn with roses. Still he was a brave lad, and did not lose heart. He had no play-fellows, but sometimes in the long summer days when he sat to watch the herd, he would tell himself stories by way of amusement, and almost always these stories were about the White Door up there, which was as much a marvel then as now. At last, by dint of looking and dreaming, it grew to be so like a real door to him, that he resolved one day to climb up and see it closer.”

“Up there!” I cried with horror.