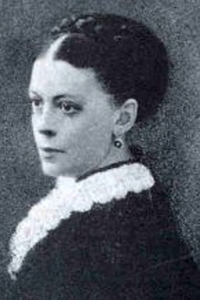 Sarah Chauncey Woolsey was an American children’s author who wrote under the pen name Susan Coolidge. She worked as a nurse during the American Civil War after which she started to write. Coolidge is best known for her classic children’s novel What Katy Did. The fictional Carr family was modeled after her own, with Katy Carr inspired by herself. The brothers and sisters were modeled on her four younger siblings: Jane, Elizabeth, Theodora, and William.

Candace makes the first long trip of her young life alone. Everything is new, from the ocean views, to the fashionable people she encounters; from the m...read more »

Katy and Clover Carr sitting with their sewing on the door steps drew in with every breath the sense of spring.

Lionel Young and his sister, Imogen, set out for the picturesque but remote High Valley in Colorado, leaving their hometown in Devonshire, England behin...read more »

A collection of short stories from the author of the What Katy Did series, for an audience ranging from younger to older children - and enjoyable for ad...read more »

Nine Little Goslings is a collection of short stories - of which there are nine - from the author of What Katy Did. Aimed very much at the young reader ...read more »

Susan Coolidge has always possessed the affection of her young readers, for it seems as if she had the happy instinct of planning stories that each girl...read more »

What Katy Did is a children’s book written by Susan Coolidge. It follows the adventures of a twelve-year-old American girl, Katy Carr, and her family wh...read more »

What Katy Did at School is the the sequel to Susan Coolidge’s classic novel of American childhood, and follows directly on from the last novel; just a f...read more »

What Katy Did Next is the third installment of Coolidge’s series about a playful young girl called Katy Carr. The story begins with Katy getting an invi...read more »