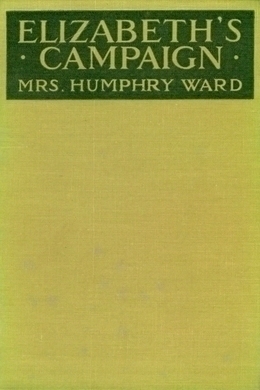 The War and Elizabeth

How a conservative English landowner became a patriotic citizen, glad to take his part in the war, through tribulation and sorrow and the diplomatic management of his capable secretary, a passionately patriotic woman who showed him what loyalty to England means.

‘Remember, Slater, if I am detained, that I am expecting the two gentlemen from the War Agricultural Committee at six, and Captain Mills of the Red Cross is coming to dine and sleep. Ask Lady Chicksands to look after him in case I am late–and put those Tribunal papers in order for me, by the way. I really must go properly into that Quaker man’s case–horrid nuisance! I hope to be back in a couple of hours, but I can’t be sure. Hullo, Beryl! I thought you were out.’

The speaker, Sir Henry Chicksands, already mounted on his cob outside his own front door, turned from his secretary, to whom he had been giving these directions, to see his only daughter hurrying through the inner hall with the evident intention of catching her father before he rode off.

She ran down the steps, but instead of speaking at once she began to stroke and pat his horse’s neck, as though doubtful how to put what she had to say.

‘Well, Beryl, what’s the matter?’ said her father impatiently. The girl, who was slender and delicate in build, raised her face to his.

‘Are you–are you really going to Mannering, father?’

‘You’ll handle him gently, won’t you?’ There was anxiety in the girl’s voice. ‘But of course you will–I know you will.’

‘I shall do my best. But you know as well as I do that he’s a queer customer when it comes to anything connected with the war.’

The girl looked behind her to make sure that the old butler of the house had retired discreetly out of earshot.

‘But he can’t quarrel with you, father!’

‘I hope not–for your sake.’

‘Must you really tackle him?’

‘Well, I thought I was the person to do it. It’s quite certain nobody else could make anything of it.’

‘Aubrey seems to be pretty worried,’ she said, in a depressed tone, as she turned away.

‘I don’t wonder. He should have brought up his father better. Well, good-bye, dear. Don’t bother too much.’

She waved her hand to him as he made off, and stood watching him from the steps–a gentle, attaching figure, her fair hair and the pale oval of her face standing out against the panelled hall behind her.

Her father went his way down a long winding hill beyond his own grounds, along a country road lined with magnificent oaks, through a village where his practised eye noted several bad cottages with disapproval, till presently he slackened his horse’s pace, as he passed an ill-looking farm about half a mile beyond the village.

‘Not a decent gate in the whole place!’ he said to himself with disgust. ‘And the farm buildings only fit for a bonfire. High time indeed that we made Mannering sit up!’

He paused also to look over the neighbouring hedge at some fields literally choked with weeds.

‘And as for Gregson–lazy, drunken fellow! Why didn’t he set some village women on? Just see what they’ve done on my place! Hullo, here he is! Now I’m in for it!’ For he saw a slouching man coming rapidly towards him from the farmyard, with the evident intention of waylaying him. The man’s shabby, untidy dress and blotched complexion did not escape Sir Henry’s quick eye. ‘Seems to have been making a night of it,’ was his inward comment.

‘Good-day, Sir Henry,’ said the farmer, laying a hand on Chicksands’ bridle, ‘I wanted a word with you, sir. I give you fair warning, you and your Committee, you’ll not turn me out without a fight! I was never given no proper notice–and there are plenty as ‘ll stand by me.’

The voice was thick and angry, and the hand shook. Sir Henry drew his horse away, and the man’s hold dropped.

‘Of course you had every notice,’ said Sir Henry drily.

‘I hadn’t,’ the man persisted. ‘If the letters as they talk of were sent, I never saw ‘em. And when the Committee came I was out–on business. Can’t a man be out on his lawful business, Sir Henry, instead of dancin’ attendance on men as know no better than he? The way this Government is doing things–you might as well live under the Czar of Russia as in this country. It’s no country this for free men now, Sir Henry.’

‘The Czar of Russia has come to grief, my man, for the same reason that you have,’ said Sir Henry, gathering up the reins, ‘for shirking his duty. All very well before the war, but now we can’t afford this kind of thing.’

‘And so you’ve told the Squire to turn me out?’ said the man fiercely, his hands on his sides.

‘You’ve had no notice from Mr. Mannering yet?’

‘But you’ve heard from the Inspection Committee?’

‘But it’s not they as can turn me out, if the Squire don’t agree.’

There was a note of surly defiance in his voice.

‘I don’t know about that,’ said Sir Henry, whose horse was getting restive. ‘My advice to you, Gregson, is to take it quietly, pull yourself together, and get some other work. There’s plenty going nowadays.’