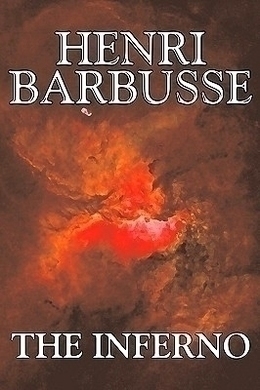 A young man staying in a Paris boarding house finds a hole in the wall above his bed. Alternately voyeur and seer, he obsessively studies the private moments and secret activities of his neighbors: childbirth, first love, marriage, betrayal, illness and death all present themselves to him through this spy hole. Decades ahead of its time, Hell shocked and scandalized the reviewing public when first released in English.

The landlady, Madame Lemercier, left me alone in my room, after a short speech impressing upon me all the material and moral advantages of the Lemercier boarding-house.

I stopped in front of the glass, in the middle of the room in which I was going to live for a while. I looked round the room and then at myself.

The room was grey and had a dusty smell. I saw two chairs, one of which held my valise, two narrow-backed armchairs with smeary upholstery, a table with a piece of green felt set into the top, and an oriental carpet with an arabesque pattern that fairly leaped to the eye.

This particular room I had never seen before, but, oh, how familiar it all was–that bed of imitation mahogany, that frigid toilet table, that inevitable arrangement of the furniture, that emptiness within those four walls.

The room was worn with use, as if an infinite number of people had occupied it. The carpet was frayed from the door to the window–a path trodden by a host of feet from day to day. The moulding, which I could reach with my hands, was out of line and cracked, and the marble mantelpiece had lost its sharp edges. Human contact wears things out with disheartening slowness.

Things tarnish, too. Little by little, the ceiling had darkened like a stormy sky. The places on the whitish woodwork and the pink wallpaper that had been touched oftenest had become smudgy–the edge of the door, the paint around the lock of the closet and the wall alongside the window where one pulls the curtain cords. A whole world of human beings had passed here like smoke, leaving nothing white but the window.

I had been travelling since morning. Hurry, formalities, baggage, the train, the whiff of different towns.

I fell into one of the armchairs. Everything became quieter and more peaceful.

My coming from the country to stay in Paris for good marked an epoch in my life. I had found a situation here in a bank. My days were to change. It was because of this change that I got away from my usual thoughts and turned to thoughts of myself.

I was thirty years old. I had lost my father and mother eighteen or twenty years before, so long ago that the event was now insignificant. I was unmarried. I had no children and shall have none. There are moments when this troubles me, when I reflect that with me a line will end which has lasted since the beginning of humanity.

Was I happy? Yes, I had nothing to mourn or regret, I had no complicated desires. Therefore, I was happy. I remembered that since my childhood I had had spiritual illuminations, mystical emotions, a morbid fondness for shutting myself up face to face with my past. I had attributed exceptional importance to myself and had come to think that I was more than other people. But this had gradually become submerged in the positive nothingness of every day.

There I was now in that room.

I leaned forward in my armchair to be nearer the glass, and I examined myself carefully.

Rather short, with an air of reserve (although there are times when I let myself go); quite correctly dressed; nothing to criticise and nothing striking about my appearance.

I looked close at my eyes. They are green, though, oddly enough, people usually take them for black.

I believed in many things in a confused sort of way, above all, in the existence of God, if not in the dogmas of religion. However, I thought, these last had advantages for poor people and for women, who have less intellect than men.

As for philosophical discussions, I thought they are absolutely useless. You cannot demonstrate or verify anything. What was truth, anyway?

If everyone were like me, all would be well.

It was already late. I was not going to do anything. I remained seated there, at the end of the day, opposite the looking-glass. In the setting of the room that the twilight began to invade, I saw the outline of my forehead, the oval of my face, and, under my blinking eyelids, the gaze by which I enter into myself as into a tomb.

My tiredness, the gloominess (I heard rain outside), the darkness that intensified my solitude and made me look larger, and then something else, I knew not what, made me sad. It bored me to be sad. I shook myself. What was the matter? Nothing. Only myself.

I have not always been alone in life as I was that evening. Love for me had taken on the form and the being of my little Josette. We had met long before, in the rear of the millinery shop in which she worked at Tours. She had smiled at me with singular persistence, and I caught her head in my hands, kissed her on the lips–and found out suddenly that I loved her.