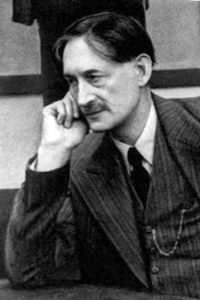 Henri Barbusse was a French novelist and a member of the French Communist Party. Barbusse first came to fame with the publication of his novel Le Feu (Under Fire), which was based on his experiences during World War I. By this time, Barbusse had become a pacifist, and his writing demonstrated his growing hatred of militarism. Le Feu drew criticism at the time for its harsh naturalism, but won the Prix Goncourt. In 1918, he left France and moved to Moscow, where joined the Bolshevik Party. The Russian Revolution had significant influence on Barbusse’s life and his later works (Elevations) show a more revolutionary standpoint.

Later novel by the French novelist, journalist and communist and author of Under Fire (Le Feu), which was based on his experiences during World War I an...read more »

The whole artist, whose work we are about to study side by side with his life, is summed up in this anecdote. It reveals one of the most typical sides o...read more »

A young man staying in a Paris boarding house finds a hole in the wall above his bed. Alternately voyeur and seer, he obsessively studies the private mo...read more »

This book follows a squad of French volunteer soldiers on the front in France after the German invasion. The book opens and ends with broad visions shar...read more »