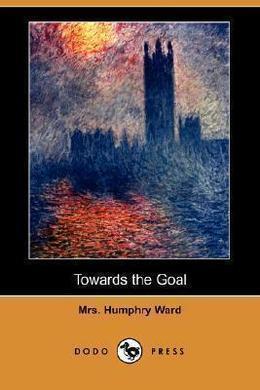 This volume is, in a sense, a sequel to England’s Effort – one of the most successful of all war books. It is, in fact, a graphic revelation of the verification at the front of the prophecy England’s Effort implied-that as England’s effort was to the utmost she would soon be striking out as hard and as skillfully as any belligerent, and in the direction of a certain victory.

Dear Mr. Roosevelt,–It may be now frankly confessed–(you, some time ago, gave me leave to publish your original letter, as it might seem opportune)–that it was you who gave the impulse last year, which led to the writing of the first series of Letters on “England’s Effort” in the war, which were published in book form in June 1916. Your appeal–that I should write a general account for America of the part played by England in the vast struggle–found me in our quiet country house, busy with quite other work, and at first I thought it impossible that I could attempt so new a task as you proposed to me. But support and encouragement came from our own authorities, and like many other thousands of English women under orders, I could only go and do my best. I spent some time in the Munition areas, watching the enormous and rapid development of our war industries and of the astonishing part played in it by women; I was allowed to visit a portion of the Fleet, and finally, to spend twelve days in France, ten of them among the great supply bases and hospital camps, with two days at the British Headquarters, and on the front, near Poperinghe, and Richebourg St. Vaast.

The result was a short book which has been translated into many foreign tongues–French, Italian, Dutch, German, Russian, Portuguese, and Japanese–which has brought me many American letters from many different States, and has been perhaps most widely read of all among our own people. For we all read newspapers, and we all forget them! In this vast and changing struggle, events huddle on each other, so that the new blurs and wipes out the old. There is always room–is there not?–for such a personal narrative as may recall to us the main outlines, and the chief determining factors of a war in which–often–everything seems to us in flux, and our eyes, amid the tumult of the stream, are apt to lose sight of the landmarks on its bank, and the signs of the approaching goal.

And now again–after a year–I have been attempting a similar task, with renewed and cordial help from our authorities at home and abroad. And I venture to address these new Letters directly to yourself, as to that American of all others to whom this second chapter on England’s Effort may look for sympathy. Whither are we tending–your country and mine? Congress meets on April 1st. Before this Letter reaches you great decisions will have been taken. I will not attempt to speculate. The logic of facts will sweep our nations together in some sort of intimate union–of that I have no doubt.

How much further, then, has Great Britain marched since the Spring of last year–how much nearer is she to the end? One can but answer such questions in the most fragmentary and tentative way, relying for the most part on the opinions and information of those who know, those who are in the van of action, at home and abroad, but also on one’s own personal impressions of an incomparable scene. And every day, almost, at this breathless moment, the answer of yesterday may become obsolete.

I left our Headquarters in France, for instance, some days before the news of the Russian revolution reached London, and while the Somme retirement was still in its earlier stages. Immediately afterwards the events of one short week transformed the whole political aspect of Europe, and may well prove to have changed the face of the war–although as to that, let there be no dogmatising yet! But before the pace becomes faster still, and before the unfolding of those great and perhaps final events we may now dimly foresee, let me try and seize the impressions of some memorable weeks and bring them to bear–so far as the war is concerned–on those questions which, in the present state of affairs, must interest you in America scarcely less than they interest us here. Where, in fact, do we stand?

Any kind of answer must begin with the Navy. For, in the case of Great Britain, and indeed scarcely less in the case of the Allies, that is the foundation of everything. To yourself the facts will all be familiar–but for the benefit of those innumerable friends of the Allies in Europe and America whom I would fain reach with the help of your great name, I will run through a few of the recent–the ground–facts of the past year, as I myself ran through them a few days ago, before, with an Admiralty permit, I went down to one of the most interesting naval bases on our coast and found myself amid a group of men engaged night and day in grappling with the submarine menace which threatens not only Great Britain, not only the Allies, but yourselves, and every neutral nation. It is well to go back to these facts. They are indeed worthy of this island nation, and her seaborn children.