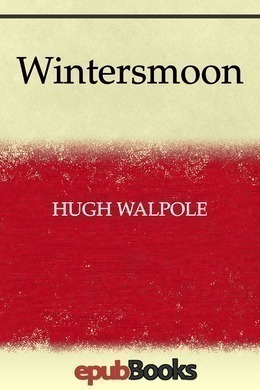 Hugh Walpole’s Wintersmoon turns the romance novel on its head. Janet Grandison and Wildherne Poole marry for companionship and convenience. Love isn’t part of the arrangement. Janet wants to give her sister Rosalind a home; Wildherne wants an heir to his title and estate that the married woman he loves can’t give him. Nothing goes according to plan. Rosalind and Wildherne can’t stand each other. She marries a man she doesn’t love to get out of living at Wintersmoon. Janet gets on the wrong side of Wildherne’s mother and her entourage. Then she finds herself in love with her husband and pregnant with his child. Wildherne has grown to love Janet as well, but neither says anything because they agreed to a loveless marriage. Their son’s death brings their marriage to a crisis that has far-reaching repercussions.

‘I am asking you again to marry me as I did a fortnight ago.’

Janet Grandison turned towards him and said:

‘I believe,’ he said, ‘honesty to be the only thing for us. From the beginning I have always known that you valued that–honesty I mean–more perhaps than anything. I value it too.’

‘I believe you do. But we all do. We make a fetish of it. It seems to me sometimes almost the only good thing that has survived the war. Well,’ she went on, ‘I have had the fortnight I begged for. A fortnight ago you asked me to marry you. You said you weren’t in love with me but that you liked and respected me, that you thought we would get on well together…. You want me to be the mother of your children.’

‘Yes,’ he said. ‘I am not in love with you. I have been in love for a long while with somebody, somebody whom it is impossible for me to marry and someone who would not marry me even though it were possible. With the exception of this one person I would rather marry you than anyone in the world. I like you. I admire you. I think we could be good companions.’

Her face was grave. ‘I don’t know about that,’ she said slowly. ‘I have been very little with men in my life. I don’t know how it would be. Giving you frankness for frankness the other day I told you that I did not love you in the least. But I like you. I would do all I could to make you happy if I married you. But my sister comes first–she will always come first. I loved my father–and I love my sister. Those have been the only two emotions in my life. Love her! I adore her. I am not exaggerating or using words without thinking about them when I say that I would die for her if it would give her what she wanted. And so if I marry you to give her what she wants, that isn’t perhaps surprising so long as I tell you exactly how things are. And the way things are can’t go on much longer. We’ve been alone now for ten years, she and I, and the last two have been–well, impossible. You promised me that if I married you she should always live with us. It should be her home.’

‘Of course. That is part of the bargain.’

‘Yes, it is a bargain, isn’t it? Not romantic. But all my romance is for my sister. And yours–’ She broke off, hesitating.

‘Yes, mine is as I have told you. But how many marriages ever remain romantic? It is a platitude that they do not. The best thing that comes of a happy marriage is companionship. That I believe we shall have.’

He hesitated, then went on:

‘I want to put it all fairly before you. There isn’t very much money. It won’t be a gay life, you know, or a merry one. The place down in the country, although I love it, won’t seem very lively to you or to your sister, I’m afraid. It’s all in pieces, and I see no likelihood of my ever having money enough to do much to it. One day perhaps–for my son…. And then I am not at all what I should be in the country. I moon about. I don’t do any of the things I ought to. I am an ass about affairs. And then so long as my father is alive we would have to be a good deal in London. We would have to stay in Halkin Street with them, and that, as you know, wouldn’t be very lively either. You know exactly what life in Halkin Street is like. They’ll be very glad– my father and my mother–if you’ll marry me. They like you so much. You belong to the family. Your mother was one of my mother’s greatest friends. But it will be no sort of escape for you–except for actual escape from money troubles. But we would all be kind to you and your sister. Everyone would be glad and would try to make you both happy.’

‘It will surprise everyone very much,’ Janet said slowly. ‘I have known you so little. You’ve been away so much.’

‘Yes. But we can trust one another. I’m sure of that.’

Then, looking him honestly in the eyes, she said:

‘I will marry you, and I will be a good friend to you.’

He took her hand.