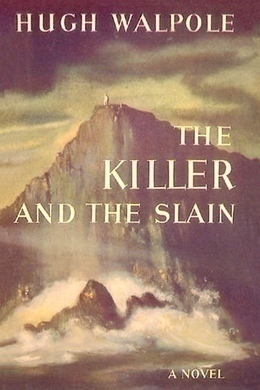 The Killer and the Slain

As boys, Jimmie Tunstall was John Talbot’s implacable foe, never ceasing to taunt, torment, and bully him. Years later, John is married and living in a small coastal town when he learns, much to his chagrin, that his old adversary has just moved to the same town. Before long the harassment begins anew until finally, driven to desperation, John murders his tormentor. Soon he starts to suffer from frightening hallucinations and his personality and physical appearance begin to alter, causing him increasingly to resemble the man he killed. Is it merely the psychological effect of his guilt, or is it the manifestation of something supernatural - and evil? The tension builds until the chilling final scene, when the horrifying truth will be revealed about the killer - and the slain.

I, John Ozias Talbot, aged thirty-six years and three months, being in my perfectly sane mind, wish to write down this statement.

I do so entirely and solely for my own benefit and profit–in fact, for the quietening of my disturbed mind. It is most improbable that anyone other than myself will read this document, but should anything happen to me and I die without destroying this writing, I wish the reader, whoever he or she may be, to realize fully that no one could conceivably be of a more complete mental sanity and honest matter-of-fact common sense than I am at this moment.

It is because I wish to show this self-evident fact to myself and, if need be, to the whole world (after my death) that I write this down. There will be many minute and apparently insignificant facts and details in this record because CIRCUMSTANTIAL FACTS are in this matter the thing! I have suffered during these preceding months certain experiences so unbelievable that were I NOT sane, and were many of the facts not so commonplace, my sanity might be doubted. It is NOT to be doubted. I am as sane as any man in the United Kingdom.

Because in the course of this narrative I confess to a crime this document will be kept in the greatest possible secrecy. I have no desire to suffer at the hand of the common hangman before I need. That I do not myself FEEL it to be a crime matters nothing, I am afraid, to the Law. One day, when the important elements in such matters are taken into account rather than the unimportant, justice will be better served. But that time is not yet.

I was born in the little seaside town of Seaborne in Glebeshire on January 3rd, 1903. I am married and have one son aged ten. I inherited my father’s business of Antique and Picture Dealer. I am the author of four books, a Guide to Glebeshire and three novels– The Sandy Tree (1924), The Gridiron (1930) and The Gossip-monger (1936). The last of these had some success. I was born in a bedroom above the shop, which is in the High Street and has, from its upper windows, a fine view of the sea and the now neglected and tumbledown little harbour.

I was the only child of my parents and adored by them. Some have said that they spoiled me. It may be so. I worshipped my mother but had always a curious disaffection to my father. This was partly, I can see now, physical. He was an obese and sweaty man and would cover my face with wet slobbery kisses when I was small, and this I very greatly disliked. My mother, on the other hand, was slight and dapper in appearance, and the possessor of the most beautiful little hands I have ever seen on any woman. Her voice was soft and musical, marked with a slight Glebeshire accent. She had something of the gipsy in her appearance, and liked to wear gay colours. I remember especially a dress made of some foreign material–silk of many brilliant shades–that I used to love, and I would beg her to show it me as it hung in the cupboard in the bedroom. My father, when they woke in the morning, would always go downstairs to get breakfast ready (he worshipped my mother), and then my mother would take me into her bed and I would lie in her arms. Never, until I married, did I know such happiness.

My father was successful in his little business–successful, that is to say, for those easier, more comfortable days–and we lived very pleasantly. His great passion was for the buying of old and apparently worthless pictures. He would clean them with the hope that something by a Master might be discovered. He did, indeed, make one or two discoveries–a Romney portrait and an Italian Pietà by Piombo were two of his successes. But his main business was with visitors and tourists. He visited all the local sales and sometimes went quite far afield.

We lived quietly and knew few people. My mother was fastidious about people and I have inherited that from her.

At this point I must say something about my own personality and character because so much of what afterwards happened depends on that. I will try to be honest, although honesty is never easy when we write about ourselves. We naturally incline to our own favour. But I have always trained myself to consider myself objectively and am possibly given overmuch to self-criticism.

I have been always of a reserved nature, careful to say no more than I truly feel and to confide only in those I trust and thoroughly know. My father’s sentimentality affected me unpleasantly, and the love that I felt for my mother did not need expression.