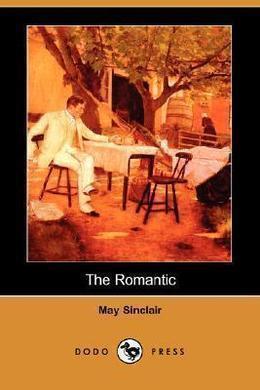 The Romantic tells the story of Charlotte Redhead, a woman who, as the novel opens, has just been dropped by the married man with whom she was sexually involved. On a country walk she runs into John Conway, who, like her, is interested in learning to farm. Together they find jobs working on a farm in the Cotswolds, and gradually realize they have fallen in love with one another. Charlotte confesses that she has been with another man, and John tells her he is relieved, since, as an experienced woman, she will not need sexual initiation from him. They agree to be a couple, but not to become lovers. When the war breaks out, they form a small ambulance corps and leave for Belgium. John is initially thrilled by the sensation of danger, but it gradually becomes clear to Charlotte that he would rather abandon her and wounded men than risk his own life.

They turned again at the end of the platform.

The tail of her long, averted stare was conscious of him, of his big, tweed-suited body and its behaviour, squaring and swelling and tightening in its dignity, of its heavy swing to her shoulder as they turned.

She could stave off the worst by not looking at him, by looking at other things, impersonal, innocent things; the bright, yellow, sharp gabled station; the black girders of the bridge; the white signal post beside it holding out a stiff, black-banded arm; the two rails curving there, with the flat white glitter and sweep of scythes; pointed blades coming together, buried in the bend of the cutting.

Small three-cornered fields, clean edged like the pieces of a puzzle, red brown and pure bright green, dovetailed under the high black bar of the bridge. She supposed you could paint that.

Clear stillness after the rain. She caught herself smiling at the noise her boots made clanking on the tiles with the harsh, joyous candour that he hated. He walked noiselessly, with a jerk of bluff knickerbockered hips, raising himself on his toes like a cat.

She could see him moving about in her room, like that, in the half darkness, feeling for his things, with shamed, helpless gestures. She could see him tiptoeing down her staircase, furtive, afraid. Always afraid they would be found out.

That would have ruined him.

Oh well–why should he have ruined himself for her? Why? But she had wanted, wanted to ruin herself for him, to stand, superb and reckless, facing the world with him. If that could have been the way of it.

That road over the hill–under the yellow painted canopy sticking out from the goods station–it would be the Cirencester road, the Fosse Way. She would tramp along it when he was gone.

He must have seen her looking at the clock. Three minutes more.

Suddenly, round the bend, under the bridge, the train.

He was carrying it off fairly well, with his tight red face and his stare over her head when she looked at him, his straight smile when she said “Good-bye and Good-luck!”

And her silly hand clutching the window ledge. She let go, quick, afraid he would turn sentimental at the end. But no; he was settling down heavily in his corner, blinking and puffing over his cigar.

That was her knapsack lying on the seat there. She picked it up and slung it over her shoulder.

She meditated. She would have to wire to Gwinnie Denning to meet her at Cirencester. She wondered whether Gwinnie’s mother’s lumbago would last over the week-end. It was Friday. Perhaps Gwinnie had started. Perhaps there would be a wire from her at the hotel.

Dusk at ten o’clock in the morning under the trees on the mile-long hill. You climbed up and up a steep green tunnel. The sun would be blazing at its mouth on the top. Nothing would matter. Certainly not this affair with Gibson Herbert. She could see clearly her immense, unique passion thus diminished. Surprising what a lot of it you could forget. Clean forget. She supposed you forgot because you couldn’t bear to remember.

But there were days that stood out; hours; little minutes that thrilled you even now and stung.

This time, two years ago, that hot August. The day in the office when everything went wrong all at once and the clicking of her typewriter maddened him and he sent her out of his room.

The day when he kept her over-time. The others had gone and they were there by themselves, the big man in his big room and she in her den, the door open between. Suddenly she saw him standing in the doorway, looking at her. She knew then. She could feel the blood rushing in her brain; the stabbing click of the typewriter set up little whirling currents that swamped her thoughts.

Her wet fingers kept slipping from the keys. He came and took her in his arms. She lay back in his arms, crying. Crying because she was happy, because she knew.

And his smile. His unbelieving smile. He thought she was lying. He always thought people were lying. Women. He thought women always lied about what they wanted.