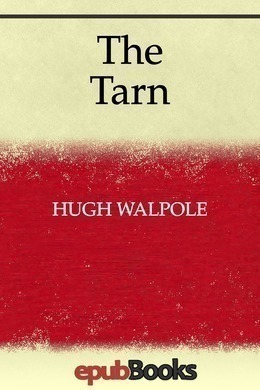 A story of two friends with quite different temperaments, in which one hates the other, though keeps it very well hidden. The story ends badly for both though it is how the final death happens which makes this a suitably weird story.

As Foster moved unconsciously across the room, bent towards the bookcase, and stood leaning forward a little, choosing now one book, now another, with his eyes, his host, seeing the muscles of the back of his thin, scraggy neck stand out above his low flannel collar, thought of the ease with which he could squeeze that throat, and the pleasure, the triumphant, lustful pleasure, that such an action would give him.

The low, white-walled, white-ceilinged room was flooded with the mellow, kindly Lakeland sun. October is a wonderful month in the English Lakes, golden, rich, and perfumed, slow suns moving through apricot-tinted skies to ruby evening glories; the shadows lie then thick about that beautiful country, in dark purple patches, in long web-like patterns of silver gauze, in thick splotches of amber and grey. The clouds pass in galleons across the mountains, now veiling, now revealing, now descending with ghost-like armies to the very breast of the plains, suddenly rising to the softest of blue skies and lying thin in lazy languorous colour.

Fenwick’s cottage looked across to Low Fells; on his right, seen through side windows, sprawled the hills above Ullswater.

Fenwick looked at Foster’s back and felt suddenly sick, so that he sat down, veiling his eyes for a moment with his hand. Foster had come up there, come all the way from London, to explain. It was so like Foster to want to explain, to want to put things right. For how many years had he known Foster? Why, for twenty at least, and during all those years Foster had been for ever determined to put things right with everybody. He could never bear to be disliked; he hated that anyone should think ill of him; he wanted everyone to be his friends. That was one reason, perhaps, why Foster had got on so well, had prospered so in his career; one reason, too, why Fenwick had not.

For Fenwick was the opposite of Foster in this. He did not want friends, he certainly did not care that people should like him–that is people for whom, for one reason or another, he had contempt–and he had contempt for quite a number of people.

Fenwick looked at that long, thin, bending back and felt his knees tremble. Soon Foster would turn round and that high, reedy voice would pipe out something about the books. “What jolly books you have, Fenwick!” How many, many times in the long watches of the night, when Fenwick could not sleep, had he heard that pipe sounding close there–yes, in the very shadows of his bed! And how many times had Fenwick replied to it: “I hate you! You are the cause of my failure in life! You have been in my way always. Always, always, always! Patronizing and pretending, and in truth showing others what a poor thing you thought me, how great a failure, how conceited a fool! I know. You can hide nothing from me! I can hear you!”

For twenty years now Foster had been persistently in Fenwick’s way. There had been that affair, so long ago now, when Robins had wanted a sub-editor for his wonderful review, the Parthenon, and Fenwick had gone to see him and they had had a splendid talk. How magnificently Fenwick had talked that day; with what enthusiasm he had shown Robins (who was blinded by his own conceit, anyway) the kind of paper the Parthenon might be; how Robins had caught his own enthusiasm, how he had pushed his fat body about the room, crying: “Yes, yes, Fenwick–that’s fine! That’s fine indeed!”–and then how, after all, Foster had got that job.

The paper had only lived for a year or so, it is true, but the connection with it had brought Foster into prominence just as it might have brought Fenwick!

Then, five years later, there was Fenwick’s novel, The Bitter Aloe–the novel upon which he had spent three years of blood-and-tears endeavour–and then, in the very same week of publication, Foster brings out The Circus, the novel that made his name; although, Heaven knows, the thing was poor enough sentimental trash. You may say that one novel cannot kill another–but can it not? Had not The Circus appeared would not that group of London know-alls–that conceited, limited, ignorant, self-satisfied crowd, who nevertheless can do, by their talk, so much to affect a book’s good or evil fortunes–have talked about The Bitter Aloe and so forced it into prominence? As it was, the book was stillborn and The Circus went on its prancing, triumphant way.

After that there had been many occasions–some small, some big–and always in one way or another that thin, scraggy body of Foster’s was interfering with Fenwick’s happiness.