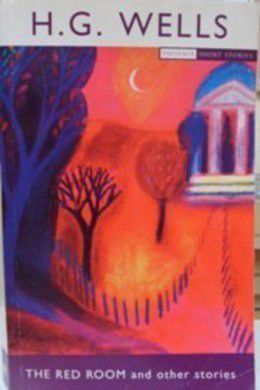 An unnamed protagonist chooses to spend the night in the remote Lorraine Castle, in a room that is said to be haunted; in an effort to disprove the various legends surrounding it. Despite ominous warnings from the three infirm custodians who reside there, he ascends to the “Red Room” to begin his night’s vigil. While in the room, he is gripped by an inexplicable feeling of dread. As he tries to combat his fear, a series of events (that mostly include several candles going out unexplainedly) drive him into an outright panic, he feared he might not make it through the night. He begins to thrash at perceived phantoms until he hits his head and falls unconscious.

“It’s your own choosing,” said the man with the withered arm once more.

I heard the faint sound of a stick and a shambling step on the flags in the passage outside. The door creaked on its hinges as a second old man entered, more bent, more wrinkled, more aged even than the first. He supported himself by the help of a crutch, his eyes were covered by a shade, and his lower lip, half averted, hung pale and pink from his decaying yellow teeth. He made straight for an armchair on the opposite side of the table, sat down clumsily, and began to cough. The man with the withered hand gave the newcomer a short glance of positive dislike; the old woman took no notice of his arrival, but remained with her eyes fixed steadily on the fire.

“I said—it’s your own choosing,” said the man with the withered hand, when the coughing had ceased for a while.