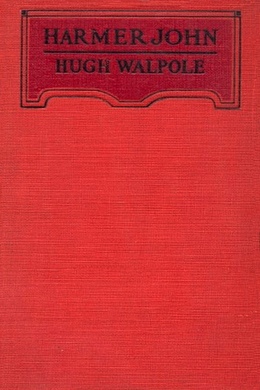 A classic Unworldly Story, that has been captivating audiences for generations. Harmer John, after studying art in Italy, has devised a plan to combine the two and save the world. Life is a pure flame and we live by an invisible Sun within us…‘Tis all one to live in St. Innocents’ Churchyard as in the Sands of Aegypt; Ready to be anything, in the ecstasy of being ever, and as content with six foot as the moles of Adrianus.

On a December night in the year 1906 a ferocious storm swept across our town.

There was nothing unusual in this: in Southern Glebeshire the winter is so often mild that the sea (impatient at the lassitude of the air) seems suddenly to rise, and to wish to beat its way across the narrow peninsula, to sweep the fields and hedges with its salt water: it calls the heavens to its assistance, the skies open, water pours out in torrents, the wind screams, shrieks, bellows– suddenly it knows that all is vanity, shrugs its hoary shoulders, creeps back muttering, lifts its hand to the sky in a gesture of cynical farewell, and lies, heaving, hoping for a more victorious day.

In the weeks around Christmas there is often such a storm, and, when other parts of England are showing gratitude sentimentally for the traditional snow, we recover from our torrents of rain to find the air warm, our skies mildly blue, the tower of our Cathedral stretching pearl-grey to heaven, and the Pol rumpled with sunshine sliding to the sea.

But the storm while it lasts seems to shake our town to its very roots; you can almost feel wild hands tearing at the stones beneath your feet, rocking, rocking, rocking, hoping that at least one house may tumble….

Mrs. Penethen had lived in that house for forty years: she had come into that same kitchen with the brown splashes on the ceiling and the two big warming-pans on the right of the oven when she was a blushing bride of twenty; she had borne two children in the four- poster upstairs, she had nursed her husband in the weeks of his fever, had seen him laid in his coffin, had seen the coffin carried down the crooked black oak staircase–and now there she sat with her feet upon the fender reading Thelma, by Miss Marie Corelli, and wondering whether she would hear the Cathedral clock strike ten through the storm.

She was not alone in the kitchen. There were also with her a cat, a dog and a sharp-eyed girl. The cat and the dog were asleep, one on either side of the fire; the girl was sitting-staring straight before her. Her hands were clasped, not tightly, on her lap.

Mrs. Penethen was accustomed that her daughter Judy, who was now twenty-one and should know better, should sit for hours, saying nothing, doing nothing, only her eyes and her rising, falling breasts moving.

Through the icy cold and black waters of Thelma’s theatrical lumber her mind moved searching for her children. She was always carried away by anything that she read–that was why she liked novels, especially did they lead her into loves and countries that were strange to her. So she had, during the last two hours, been wandering with Thelma; her daughter’s eyes now dragged her back. Fifteen years of married life and no child! All thought of one abandoned–and then Maude. Four more years and then Judy. One more year and the sudden fever, and poor old John with his brown eyes, his side-whiskers and the slight hunch on his left shoulder, shoved down into the ground!

The book slipped on to her lap. She stared into the crimson crystal coals. John! … His hand was on her arm, his soft voice like a lazy cat’s begging her pardon for one of his so many infidelities. He always confessed to her. At first she had been unhappy; once she had run away for two nights, but he always told her that he loved her far the best, that she would outlast all the others. And she did. He was her lover to the very end, and kind and tender…. His brown eyes and the slight hunch on his shoulder.

He had been so sorry always for his infidelities, but he had never promised that there would not be another. He knew that he could not resist…. Here, in Polchester, there had never been a scandal because of him. Women loved him and kept their mouths shut. Not as she had loved him. Not as she had kept her mouth shut. Shut for forty years. That was why they called her a bitter old woman. She put up her hand to her hair. Perhaps she was bitter. Indifferent. She did not believe in people. Cats and monkeys, she had read somewhere…. Only in novels were they fine and noble.

She picked up Thelma again, saying as she did so:

“Do you think the Cathedral’s struck ten, Judy?”

The girl said nothing.

“Mr. Fletch is bringing her back.”

The girl said nothing.