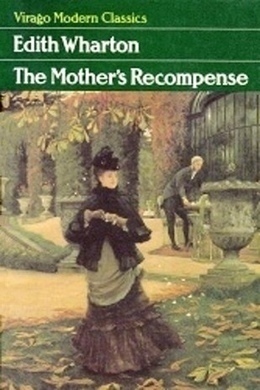 Opening on the French Riviera among a motley community of American expatriates, The Mother’s Recompense tells the story of Kate Clephane and her reluctant return to New York society after being exiled years before for abandoning her husband and infant daughter. Oddly enough, Kate has been summoned back by that same daughter, Anne, now fully grown and intent on marrying Chris Fenno, a war hero, dilettante, and social opportunist. Chris’s questionable intentions toward her daughter are, however, the least of Kate’s worries since she was once, and still is, deeply in love with him. Kate’s moral quandary and the ensuing drama evoke comparison with Oedipus and Hamlet and lead to an ending that startled the mores of the day.

Kate Clephane was wakened, as usual, by the slant of Riviera sun across her bed. It was the thing she liked best about her shabby cramped room in the third-rate Hôtel de Minorque et de l’Univers: that the morning sun came in at her window, and yet that it didn’t come too early.

No more sunrises for Kate Clephane. They were associated with too many lost joys–coming home from balls where one had danced one’s self to tatters, or from suppers where one had lingered, counting one’s winnings (it was wonderful, in the old days, how often she had won, or friends had won for her, staking a louis just for fun, and cramming her hands with thousand franc bills); associated, too, with the scramble up hill through the whitening gray of the garden, flicked by scented shrubs, caught on perfidious prickles, up to the shuttered villa askew on its heat-soaked rock–and then, at the door, in the laurustinus-shade that smelt of honey, that unexpected kiss (well honestly, yes, unexpected, since it had long been settled that one was to remain “just friends”); and the pulling away from an insistent arm, and the one more pressure on hers of lips young enough to be fresh after a night of drinking and play and more drinking. And she had never let Chris come in with her at that hour, no, not once, though at the time there was only Julie the cook in the house, and goodness knew … Oh, but she had always had her pride–people ought to remember THAT when they said such things about her …

That was what the sunrise reminded Kate Clephane of–as she supposed it did most women of forty-two or so (or was it really forty-four last week?). For nearly twenty years now she had lived chiefly with women of her own kind, and she no longer very sincerely believed there were any others, that is to say among women properly so called. Her female world was made up of three categories: frumps, hypocrites and the “good sort”–like herself. After all, the last was the one she preferred to be in.

Not that she could not picture another life–if only one had met the right man at the right hour. She remembered her one week–that tiny little week of seven days, just six years ago–when she and Chris had gone together to a lost place in Normandy where there wasn’t a railway within ten miles, and you had to drive in the farmer’s cart to the farm-house smothered in apple-blossoms; and Chris and she had gone off every morning for the whole day, while he sketched by willowy river-banks, and under the flank of mossy village churches; and every day for seven days she had watched the farmyard life waking at dawn under their windows, while she dashed herself with cold water and did her hair and touched up her face before he was awake, because the early light is so pitiless after thirty. She remembered it all, and how sure she had been then that she was meant to live on a farm and keep chickens; just as sure as he was that he was meant to be a painter, and would already have made a name if his parents hadn’t called him back to Baltimore and shoved him into a broker’s office after Harvard–to have him off their minds, as he said.

Yes, she could still picture that kind of life: every fibre in her kept its glow. But she didn’t believe in it; she knew now that “things didn’t happen like that” for long, that reality and durability were attributes of the humdrum, the prosaic and the dreary. And it was to escape from reality and durability that one plunged into cards, gossip, flirtation, and all the artificial excitements which society so lavishly provides for people who want to forget.

She and Chris had never repeated that week. He had never suggested doing so, and had let her hints fall unheeded, or turned them off with a laugh, whenever she tried, with shy tentative allusions, to coax him back to the idea; for she had found out early that one could never ask him anything point-blank–it just put his back up, as he said himself. One had to manoeuvre and wait; but when didn’t a woman have to manoeuvre and wait? Ever since she had left her husband, eighteen years ago, what else had she ever done? Sometimes, nowadays, waking alone and unrefreshed in her dreary hotel room, she shivered at the memory of all the scheming, planning, ignoring, enduring, accepting, which had led her in the end to–this.

After all, there was the sun in her window, there was the triangular glimpse of blue wind-bitten sea between the roofs, and a new day beginning, and hot chocolate coming, and a new hat to try on at the milliner’s, and–