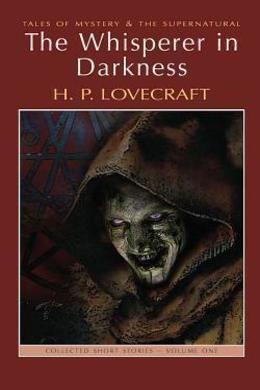 The Whisperer In Darkness

The story is told by Albert N. Wilmarth, an instructor of literature at Miskatonic University in Arkham. When local newspapers report strange things seen floating in rivers during a historic Vermont flood, Wilmarth becomes embroiled in a controversy about the reality and significance of the sightings, though he sides with the skeptics. Wilmarth uncovers old legends about monsters living in the uninhabited hills who abduct people who venture or settle too close to their territory.

Bear in mind closely that I did not see any actual visual horror at the end. To say that a mental shock was the cause of what I inferred—that last straw which sent me racing out of the lonely Akeley farmhouse and through the wild domed hills of Vermont in a commandeered motor at night—is to ignore the plainest facts of my final experience. Notwithstanding the deep things I saw and heard, and the admitted vividness the impression produced on me by these things, I cannot prove even now whether I was right or wrong in my hideous inference. For after all Akeley’s disappearance establishes nothing. People found nothing amiss in his house despite the bullet-marks on the outside and inside. It was just as though he had walked out casually for a ramble in the hills and failed to return. There was not even a sign that a guest had been there, or that those horrible cylinders and machines had been stored in the study. That he had mortally feared the crowded green hills and endless trickle of brooks among which he had been born and reared, means nothing at all, either; for thousands are subject to just such morbid fears. Eccentricity, moreover, could easily account for his strange acts and apprehensions toward the last.

The whole matter began, so far as I am concerned, with the historic and unprecedented Vermont floods of November 3, 1927. I was then, as now, an instructor of literature at Miskatonic University in Arkham, Massachusetts, and an enthusiastic amateur student of New England folklore. Shortly after the flood, amidst the varied reports of hardship, suffering, and organized relief which filled the press, there appeared certain odd stories of things found floating in some of the swollen rivers; so that many of my friends embarked on curious discussions and appealed to me to shed what light I could on the subject. I felt flattered at having my folklore study taken so seriously, and did what I could to belittle the wild, vague tales which seemed so clearly an outgrowth of old rustic superstitions. It amused me to find several persons of education who insisted that some stratum of obscure, distorted fact might underlie the rumors.

The tales thus brought to my notice came mostly through newspaper cuttings; though one yarn had an oral source and was repeated to a friend of mine in a letter from his mother in Hardwick, Vermont. The type of thing described was essentially the same in all cases, though there seemed to be three separate instances involved—one connected with the Winooski River near Montpelier, another attached to the West River in Windham County beyond Newfane, and a third centering in the Passumpsic in Caledonia County above Lyndonville. Of course many of the stray items mentioned other instances, but on analysis they all seemed to boil down to these three. In each case country folk reported seeing one or more very bizarre and disturbing objects in the surging waters that poured down from the unfrequented hills, and there was a widespread tendency to connect these sights with a primitive, half-forgotten cycle of whispered legend which old people resurrected for the occasion.

What people thought they saw were organic shapes not quite like any they had ever seen before. Naturally, there were many human bodies washed along by the streams in that tragic period; but those who described these strange shapes felt quite sure that they were not human, despite some superficial resemblances in size and general outline. Nor, said the witnesses, could they have been any kind of animal known to Vermont. They were pinkish things about five feet long; with crustaceous bodies bearing vast pairs of dorsal fins or membranous wings and several sets of articulated limbs, and with a sort of convoluted ellipsoid, covered with multitudes of very short antennae, where a head would ordinarily be. It was really remarkable how closely the reports from different sources tended to coincide; though the wonder was lessened by the fact that the old legends, shared at one time throughout the hill country, furnished a morbidly vivid picture which might well have colored the imaginations of all the witnesses concerned. It was my conclusion that such witnesses—in every case naive and simple backwoods folk—had glimpsed the battered and bloated bodies of human beings or farm animals in the whirling currents; and had allowed the half- remembered folklore to invest these pitiful objects with fantastic attributes.