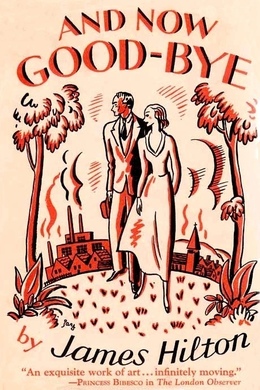 The Redford rail smash was a bad business. On that cold November morning, glittering with sunshine and a thin layer of snow on the fields, the London-Manchester express hit a wagon that had strayed on to the main line from a siding. Engine and two first coaches were derailed; scattered cinders set fire to the wreckage; and fourteen persons in the first coach lost their lives. Some, unfortunately, were not killed outright. A curious thing was that even when all the names of persons who could possibly have been travelling on that particular train on that particular morning, had been collected and investigated, there were still two charred bodies completely unaccounted for, and both of women.

The Reverend Howat Freemantle awoke about the usual time on Monday morning of that second week in November. From habit, as soon as he was completely conscious, he lit the bedside candle, glanced at his watch ticking loudly on the table, and then at his wife, whose huddled back and deep regular breathing presented a familiar picture close by. Seven–thirty. He reached out an arm to light the gas–ring under the kettle—a manoeuvre dexterously performed as a result of long practice. Then he leaned back to doze for those last and frequently most delightful minutes.

But this morning they were not particularly delightful. Parsons, he had often reflected, were not immune from the ‘Monday morning’ feeling—on the contrary, they were subject to a peculiarly distressing Monday morning feeling of their own. After Sunday, with its sermons and services, Monday came, not as the beginning of a six days’ holiday, as so many lay persons imagined, but as a sudden drop to the bottom of a hill which had to be slowly and laboriously climbed over again.

And it had been a difficult Sunday, he recollected, dark and foggy all day, with congregations and collections very small—serious matters to a Nonconformist minister in a northern manufacturing town already impoverished by the trade slump and unemployment. The chapel, too, had been bitterly cold, owing to an ancient and defective heating apparatus (soon, however, to be replaced), and the fog and chill had got at his throat and given him acute pain during the evening service—’that pain’, he had already begun to call it in his mind. Curious how people could stare at him up there in the pulpit, and not know that the chief thought in his mind all the time was—’I’ve got the most frightful sharpness in my throat—wonder if anything serious starts like this?’

When the kettle began to boil he warmed the teapot, put in the tea, and poured. Then, reaching out further, he gave his wife’s shoulder the gentle shove which was nearly always sufficient to wake her. She stirred, opened her eyes sleepily, and gave an incoherent murmur. “Good morning,” he said, with a smile at her huddled shoulders. He did not look at her face. He felt, though he scarcely admitted it even to himself, a reluctance to observe her during those first few inelegant moments after waking—with her hair crimped up in clusters of curlers, her skin greasy with perspiration, and her lips dry and parched through breathing through her mouth. She could not, of course, help all that; the fault, he knew, lay with himself—in a certain initial fastidiousness which, he feared, was hardly less a sin for being involuntary.

She did not reply to his ‘good morning’ except by further murmurs, and after a little pause he poured out a cup of tea and placed it on the table next to a novel by W. J. Locke which she was in the course of reading. Then, after putting on an old brown dressing–gown, he poured two other cups and carried them out of the room, across the landing, and into another room where his daughter Mary slept. She was a thin–faced, sallow–complexioned girl of twenty, working as a teacher in the school that adjoined the chapel. He lit the gas and wakened her now, according to established routine; he liked that early morning habit of tea and a chat. He began desultorily to mention politics (there was a by–election pending in the neighbourhood), though he had not uttered many words before he felt again that sharp, cramping sensation in his throat. Mary, however, was not interested in politics, and plunged into chapel and school matters with a briskness that made him, as for relief, pull aside the curtains and see the pale grey dawn outlining the roofs and factories of Browdley; there was no fog, but a soft slanting rain. Then she asked if he would ‘hear some Latin verbs she had been learning by heart; she was cramming for a degree examination, and had to make use of every odd moment. He agreed, and for the next five minutes stood solemnly and shiveringly by the window with the text–book in his hand (she had slept with it under her pillow), while she went through the various moods and tenses of the third conjugation. “Rego, Regis, Regit…” How chilly it was, he reflected, and there would be no hot water in the bathroom (the kitchen fire was always allowed to go out on Sunday afternoons), and the smell of bacon was drifting up the stairs just as it had done for goodness knew how many years—did there await him, he wondered, some glorious morning in the dim future, an alternative breakfast smell that would amaze and delight his nostrils? Not that he disliked bacon, or would have preferred any other dish for breakfast; it was in atmosphere rather than actuality that something in him craved for a change…”Regimus, Regitis, Regunt.”…He must call and see Mrs.