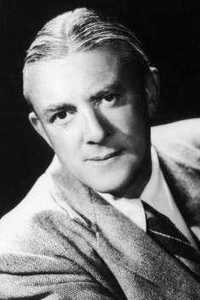 James Hilton was an English novelist. His first novel, Catherine Herself, was published when he was just 20. Several of his international bestsellers inspired successful film adaptations, notably Lost Horizon, which won a Hawthornden Prize; Goodbye, Mr. Chips; and Random Harvest. Hilton’s books are sometimes characterised as sentimental and idealistic celebrations of English virtues. This is true of Mr. Chips, but some of his novels had a darker side. Flaws in the English society of his time – particularly narrow-mindedness and class-consciousness – were frequently his targets. His novel We Are Not Alone, despite its inspirational-sounding title, is a grim story of legally approved lynching brought on by wartime hysteria in Britain. Hilton lived and worked in Hollywood beginning in the mid-1930s, and won an Academy Award in 1942 for his work on the screenplay of Mrs. Miniver, based on the novel by Jan Struther and one of his later novels, Morning Journey, was about the movie business (source Wikipedia).

The Redford rail smash was a bad business. On that cold November morning, glittering with sunshine and a thin layer of snow on the fields, the London-Ma...read more »

Full of enthusiasm, young English schoolmaster Mr. Chipping came to teach at Brookfield in 1870. It was a time when dignity and a generosity of spirit s...read more »

From cocktail rooms to the depp jungles, Ill Wind: Contango will keep you entertain with the classic “What If” genere novel with each chapter leading to...read more »

Set in Russia, it is the story of Ainsely Fothergill, an Englishman who served as a British spy and was exiled to Siberia for eight years. The book remi...read more »

While attempting to escape a civil war, four people are kidnapped and transported to the Tibetan mountains. After their plane crashes, they are found by...read more »

George Hare (of Hare, Briggs, Burton, and Kurtnitz) met Carey Arundel for the first time at the annual Critics’ Dinner at Verino’s. She was to receive ...read more »

Taking place in that most traditional and confounding of English settings, the public school. Colin Revell, impudent Oxonian and sometime sleuth, return...read more »

This is the story of two modern people–a young American who, both as a scientist and as a man, faced some of the biggest problems of our times; and the ...read more »

A veteran’s comfortable life is upended when long-buried memories of his time in the trenches of World War I come rushing back Charles Rainier’s family ...read more »

On the day that World War II ends in Europe, Mayor George Boswell recalls events of the previous 25 years in his home town of Browdley. George Boswell, ...read more »

The Story of Dr. Wassell is a moving account of the trials of a Navy field doctor, Corydon Wassell, during the outbreak of WWII on Java in the South Pac...read more »

A middle-aged British diplomat reminisces about his life from his college days at Cambridge through his early fifties. The protagonist, Charles Anderson...read more »

More stories of Mr. Chips, the world’s most beloved schoolmaster, as he helps shape young lives through the first half of a tumultuous centuryWhen autho...read more »