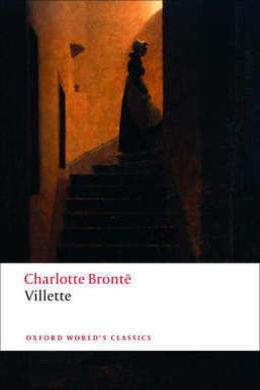 Charlotte Brontë’s final masterpiece powerfully portrays a woman struggling to reconcile love, jealousy, and a fierce desire for independence. Having fled a harrowing past in England, Lucy Snowe begins a new life teaching at a boarding school in the great capital of a foreign country. There, as she tries to achieve independence from both outer necessity and inward grief, she finds that her feelings for a worldly doctor and a dictatorial professor threaten her hard-won self-possession. Published in 1853, Charlotte Bronte’s last novel was written in the wake of her grief at the death of her siblings. It has a dramatic force comparable to that of her other masterpiece, Jane Eyre, as well as a striking modernity of psychological insight and a revolutionary understanding of human loneliness.

My godmother lived in a handsome house in the clean and ancient town of Bretton. Her husband’s family had been residents there for generations, and bore, indeed, the name of their birthplace–Bretton of Bretton: whether by coincidence, or because some remote ancestor had been a personage of sufficient importance to leave his name to his neighbourhood, I know not.

When I was a girl I went to Bretton about twice a year, and well I liked the visit. The house and its inmates specially suited me. The large peaceful rooms, the well-arranged furniture, the clear wide windows, the balcony outside, looking down on a fine antique street, where Sundays and holidays seemed always to abide–so quiet was its atmosphere, so clean its pavement–these things pleased me well.

One child in a household of grown people is usually made very much of, and in a quiet way I was a good deal taken notice of by Mrs. Bretton, who had been left a widow, with one son, before I knew her; her husband, a physician, having died while she was yet a young and handsome woman.

She was not young, as I remember her, but she was still handsome, tall, well-made, and though dark for an Englishwoman, yet wearing always the clearness of health in her brunette cheek, and its vivacity in a pair of fine, cheerful black eyes. People esteemed it a grievous pity that she had not conferred her complexion on her son, whose eyes were blue–though, even in boyhood, very piercing–and the colour of his long hair such as friends did not venture to specify, except as the sun shone on it, when they called it golden. He inherited the lines of his mother’s features, however; also her good teeth, her stature (or the promise of her stature, for he was not yet full-grown), and, what was better, her health without flaw, and her spirits of that tone and equality which are better than a fortune to the possessor.

In the autumn of the year —- I was staying at Bretton; my godmother having come in person to claim me of the kinsfolk with whom was at that time fixed my permanent residence. I believe she then plainly saw events coming, whose very shadow I scarce guessed; yet of which the faint suspicion sufficed to impart unsettled sadness, and made me glad to change scene and society.

Time always flowed smoothly for me at my godmother’s side; not with tumultuous swiftness, but blandly, like the gliding of a full river through a plain. My visits to her resembled the sojourn of Christian and Hopeful beside a certain pleasant stream, with “green trees on each bank, and meadows beautified with lilies all the year round.” The charm of variety there was not, nor the excitement of incident; but I liked peace so well, and sought stimulus so little, that when the latter came I almost felt it a disturbance, and wished rather it had still held aloof.

One day a letter was received of which the contents evidently caused Mrs. Bretton surprise and some concern. I thought at first it was from home, and trembled, expecting I know not what disastrous communication: to me, however, no reference was made, and the cloud seemed to pass.

The next day, on my return from a long walk, I found, as I entered my bedroom, an unexpected change. In, addition to my own French bed in its shady recess, appeared in a corner a small crib, draped with white; and in addition to my mahogany chest of drawers, I saw a tiny rosewood chest. I stood still, gazed, and considered.

“Of what are these things the signs and tokens?” I asked. The answer was obvious. “A second guest is coming: Mrs. Bretton expects other visitors.”

On descending to dinner, explanations ensued. A little girl, I was told, would shortly be my companion: the daughter of a friend and distant relation of the late Dr. Bretton’s. This little girl, it was added, had recently lost her mother; though, indeed, Mrs. Bretton ere long subjoined, the loss was not so great as might at first appear. Mrs. Home (Home it seems was the name) had been a very pretty, but a giddy, careless woman, who had neglected her child, and disappointed and disheartened her husband. So far from congenial had the union proved, that separation at last ensued–separation by mutual consent, not after any legal process. Soon after this event, the lady having over-exerted herself at a ball, caught cold, took a fever, and died after a very brief illness. Her husband, naturally a man of very sensitive feelings, and shocked inexpressibly by too sudden communication of the news, could hardly, it seems, now be persuaded but that some over-severity on his part–some deficiency in patience and indulgence–had contributed to hasten her end. He had brooded over this idea till his spirits were seriously affected…