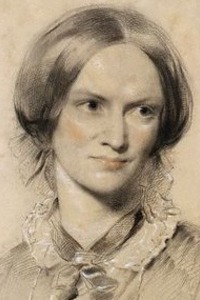 Charlotte Brontë was an English novelist, the eldest of the three Brontë sisters whose novels have become enduring classics of English literature. Brontë was born at Thornton, in Yorkshire, England, the third of six children, to Patrick and Maria Brontë.

In May 1846, Charlotte, Emily, and Anne published a joint collection of poetry under the assumed names of Currer, Ellis, and Acton Bell. Although the book failed to attract interest (only two copies were sold) the sisters decided to continue writing for publication and began work on their first novels. Charlotte continued to use the name ‘Currer Bell’ when she published her first two novels, which were deemed coarse by the critics. Much speculation took place as to who Currer Bell really was, and whether Bell was a man or a woman.

In June 1854, Charlotte married Arthur Bell Nicholls, her father’s curate but died nine months later during her first pregnancy. Her death certificate gives the cause of death as phthisis (tuberculosis), but there is a school of thought that suggests she may have died from her excessive vomiting caused by severe morning sickness in the early stages of pregnancy. There is also evidence that Charlotte died from typhus she may have caught from Tabitha Ackroyd, the Brontë household’s oldest servant, who died shortly before her. Charlotte was interred in the family vault in The Church of St. Michael and All Angels, Haworth, West Yorkshire, England. (source: Wikipedia)

Romantic melodrama or feminist classic, Jane Eyre is one of the most enduringly popular and compelling novels in the literary canon. Overlooked or dismi...read more »

Robert Moore is a harsh mill-owner who pushes his workers so far that one of them tries to kill him. While dealing with the attempt on his life, Robert ...read more »

The hero of Charlotte Bronte’s first novel escapes a dreary clerkship in industrial Yorkshire by taking a job as a teacher in Belgium. There, however, h...read more »