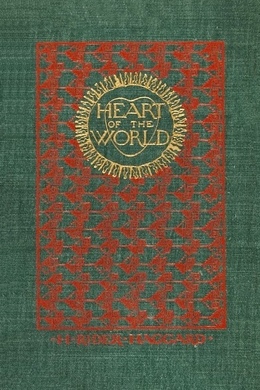 Heart of the World

An extraordinarily beautiful Indian princess and a white Englishman fall in love but suffer deeply because of their feelings. Set mostly in Central America in the 1870s, this is one of Haggard’s more interesting romantic adventure novels in which the protagonists ultimately journey to an inhabited ancient city hidden in the mountains (perhaps in Guatemala). “…crypto-metaphysical work, which is much removed from Haggard’s usual simple adventure stories… Rich in detail, ingenious and well plotted, but weak in characterization at times. The moral message is powerfully conveyed, as is the sense of tragedy. There are occasional minor supernatural elements, but the major prophecy turns out to be false.”

I, Ignatio, the writer of this history, being now a man in my sixty-second year, was born in a village among the mountains that lie between the little towns of Pichaucalco and Tiapa. Of all that district my father was the hereditary /cacique/, and the Indians there loved him much.

When I was a lad, perhaps nine years old, troubles arose in the country. I never quite understood them, or I may have forgotten the circumstances, for such things were always happening, but I think that they were caused by some tax which the government at Mexico had imposed upon us unjustly. Anyhow, my father, a tall man with fiery eyes, refused to pay a tax, and, after a while, a body of soldiers arrived, mounted upon horses, who shot down a great number of the people, and took away some of the women and children.

Of my father they made a prisoner, and next day they led him out while my mother and I were forced to look on, and sat him by the edge of a hole that they had dug, holding guns to his head and threatening to shoot him unless he would tell them a secret which they were anxious to learn. All he said, however, was that he wished that they would kill him at once, and so free him from the torment of the mosquitoes which hummed around him.

But they did not kill him then, and that night they put him back in a prison, where I was brought to visit him by the /padre/, Ignatio, his cousin and my godfather. I remember that he was shut up in a dirty place, so hot that it was difficult even to breathe, and that there were some drunken Mexican soldiers outside the door, who now and again threatened to make an end of us Indian dogs.

My godfather, the priest Ignatio, confessed my father in a corner of the cell, and took something from his hand. Then my father called me to him and kissed me, and with his own fingers for a few moments he hung about my neck that thing which the priest had taken from him, only to remove it again and give it to Ignatio for safe-keeping, saying: “See that the boy has it, and its story with it, when he comes of age.”

Now my father kissed me again, blessing me in the name of God, and as he did so great tears ran down his face. Then the priest Ignatio took me away, and I never saw my father any more, for the soldiers shot him next morning, and threw his body into the hole that they had dug to receive it.

After this, my godfather, cousin, and namesake, Ignatio, took me and my mother to the little town of Tiapa, of which he was priest, but she soon died there of a broken heart.

In Tiapa we lived in the best house in the place, for it was built of stone and set upon a bank overhanging a beautiful rushing river with water that was always clear as glass, however much it rained, which river ran a hundred feet or more below the windows.

About Tiapa there is little to say, except that in those days the people were for the most part thieves, and such great sinners that my cousin, the /padre/ would not shrive some of them, even on their death-beds. There was a church, however, whereof the roof was overgrown with the most beautiful orchids. Also the roads were so bad that, except in the dry season, it was difficult to travel either to or from the town.

Here in this forgotten place I grew up, but not without education, as might have been expected, seeing that my cousin was a good scholar, and did all he could to keep me out of mischief.

When I was about fifteen years of age, of a sudden a desire took hold of me to become a priest. It was in this wise: One Sunday evening I sat in the church at Tiapa, looking now at the sprays of orchid flowers that swung to and fro in the breeze outside the window, and now at the votive pictures on the walls, offerings made by men and women who had called upon their patron saints in the hour of danger and had been rescued by them–here from fire, there from murderers, and here again from drowning; rude and superstitious daubs, but doubtless acceptable to God, who could see in them the piety and gratitude of those that out of their penury had caused them to be painted.

As I sat thus idly, my godfather, the good priest, began to preach. Now, it chanced that two nights before there had been a dreadful murder in Tiapa. Three travellers and a boy, the son of one of them, passing from San Christobel to the coast, stopped to spend the night at a house near our own. With them they brought a mule-load of dollars, the price of the merchandise that they had sold at San Christobel, which some of our fellow-townsmen, half-breeds of wicked life, determined to steal.