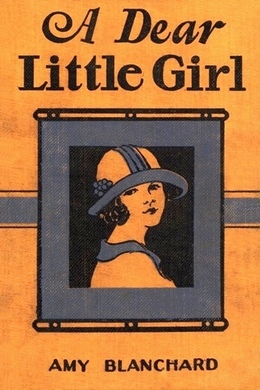 This is a pretty, wholesome child’s story, one of the sort that commends itself to children’s sympathies and will be conned again and again. No mother need hesitate ever putting this or any other of Miss Blanchard’s stories into her little daughter’s hands.

“It will be a fine opportunity for Edna,” said Mrs. Conway.

Edna did not like that word opportunity; it always seemed to her that it meant something unpleasant. She had noticed that when pleasant things came along they were rarely spoken of as “opportunities,” but were just happenings. So she sat with her little sturdy legs dangling down from the sofa, and a very sober look upon her round face, while her busy, dimpled hands were folded quietly.

Her mother leaned over, and took the plump little fingers in hers, giving them a squeeze. “It will be an opportunity,” she repeated, as her eyes rested fondly on the child by her side; “but she is only eight, and it seems like pushing her out of the nest before her wings are ready, poor birdie!”

“O, no it doesn’t,” replied Mr. Conway. “It will only be changing nests. Aunt Elizabeth will be just like a mother to her; it is not like a boarding-school, my dear.”

“I know,” replied Mrs. Conway, resting her cheek against Edna’s little dark head. “Should you like to go to Aunt Elizabeth’s, dear?”

“Cousin Louis will be there, you know,” put in Edna’s father, “and you’ll have fine times together. Suppose I read to you what Aunt Elizabeth says. ‘You write, my dear nephew, that it seems prudent, on account of your wife’s health, that you should go to Florida. I have received some such news from William who is about to take a trip to California in search of health. He has asked me to take charge of his son, Louis, during his absence. Should you not like to place Edna, also, with us during the time you are gone? She could then attend school and would find a pleasing companion in her cousin Louis, who, I fear, will be somewhat lonely with only myself and your Uncle Justus. The advantages of a city are great, and I need not say we will endeavor’–h’m–h’m–never mind the rest,” said Mr. Conway, laying down the letter. “You know, daughter, Aunt Elizabeth lives in a big city, where there are fine shops and beautiful parks; moreover, you would meet a lot of nice little girls in the school. It would be much nicer than for you to stay here with sister and the boys while we are gone. Don’t you think so?”

“Yes,” said Edna, her little fat hand enfolded in her mother’s, feeling very moist from the excitement of the prospect.

“Of course, I know it is best,” said Mrs. Conway, “and I know Aunt Elizabeth means to be as kind as possible.” Here a wistful look came into the mother’s eyes, but Edna only saw visions of gay shops, while she pictured romps with her cousin Louis.

She remembered very little of this great aunt, except that she had once sent her a most beautiful doll, with a cunning trunk filled with such neat, old-fashioned frocks and aprons, together with a real little slate and books. Aunt Elizabeth had written a tiny letter which the doll had brought pinned to her muff. In the letter the doll’s name was said to be Ada, and many instructions were given as to her behavior and studies. So Ada and Aunt Elizabeth were inseparably connected in Edna’s mind.

“I must go get Ada ready,” she said, jumping down from the sofa on which she had been sitting. “When shall I go to the city, papa?”

“Next week,” he answered; and the little girl, on business intent, ran to the playroom.

There was a great deal to do before she should go away. She reflected. She must clean house, and see that all Ada’s clothes were clean and whole, for it would never do to let Aunt Elizabeth find that they had not been kept carefully. “They are not all here,” said the child, sitting down on the floor. “Lilypaws tore up the muff, and Gyp ate up one of the books; then the wind blew away an apron and a skirt that day I washed them and put them out on the grass to dry. I’ll have to tell Aunt Elizabeth about that. She’ll know it was an accident. Maybe sister will make me some more. I’ll go ask her now.”

Leaving Ada with her wardrobe scattered over the nursery floor, Edna sought sister, who was studying her lessons, curled up on the window seat of her room. “I’m going to the city to live, next week,” announced Edna, importantly, “and I’ll have to get Ada’s clothes in order. Sister, won’t you help me?”

“Going to the city!” cried Celia, lowering her book in surprise. “What do you mean? O! you’re only playing make-believe.”

“No, I’m not. I am really and truly going. Papa and mamma said so. I’m going to live with Aunt Elizabeth while they are away in Florida, and, of course, Ada will have to go.”

“And, of course, I’ll help you,” replied Celia, “you poor little midget.”

“O, I don’t know. Don’t buy me anything–or if you should see a belt buckle exactly like Grace Neal’s, I should like to have one, but only if it is exactly.”