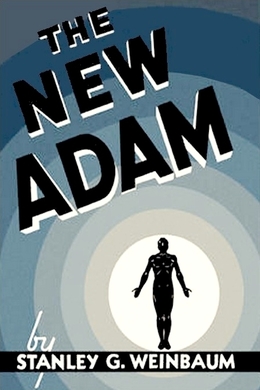 The New Adam finds himself not in Eden, but in a crowded world of men and women who look like him but who cannot comprehend his powers or his unique mentality. Nature had placed Edmund Hall a rung higher on the ladder of evolution than the men around him. How could he live in a world populated by creatures as far below him as the ape is below us?

During this epoch of his life, Edmond was not unhappy, at least until the period was approaching its end. He threw himself into a round of labors and speculations; he spent many hours in the unraveling of mysteries by processes purely rational. For a span of several months he found no need for the mechanics of experiment since the tabulations of others’ results were available for his use. He absorbed the facts and rejected the speculations of science. This rejection was due in part to his distrust of the theories of these half-minded creatures about him; he was inclined to doubt the truth of any hypothesis promulgated by such beings.

He set about his own researches, therefore, working with an enthusiasm that almost deluded himself. He realized, indeed, that his purpose in these researches was artificial and sterile; he had no consuming love of knowledge, and no deep inherent desire to serve humanity; what drove him like a seven- tongued scourge was the specter of boredom standing just behind him. To a being of Edmond’s nature this was sufficient incentive.

His income was ample for his immediate needs. He subsided therefore into a quiet regime of speculation, building for himself an esoteric picture of the universe to assist his purposes. In this field as well he found little meat in the hypotheses of his predecessors; excepting, and with qualification, Einstein.

‘The Bohr atom, the Schrödinger atom,’ he reflected, ‘are two meaningless attempts to describe that which is forever indescribable and are worthless for my purposes. The very nature of matter is a problem not entirely physical, but partly metaphysical, and as such defies any absolute resolvence, at least by human kind with its single viewpoint.

‘From my standpoint, the universe consists, not of concepts or sensations, like Berkeley’s, not of matter and energy, like the scientists of the first decade, not even of mathematical quantities, like James Jeans, but purely and entirely of Laws, or perhaps a Law. This chair on which I lean is an aspect of a law; my breath, this very thought, are other phases.’

His companion self, following an allied course, continued, ‘Einstein’s little booklet, assuming of course its correctness, represents my universe, yet even this conception lacks something! One does not eat a law, live in, carve, sleep, nor reproduce with an equation. Behind these laws stands Authority; had I the necessary Authority, these dozen scraps of equation-scribbled paper would be in very truth the universe. This demiurgy is beyond even my potentiality.’

His minds merged; the two thought courses were one.

‘It would not astonish me to find the Authority behind all Law to be only my old acquaintance Chance. Perhaps the supreme wisdom lies in the law of averages.’

Suddenly Edmond abandoned these futile speculations, perceiving that they pointed nowhere. He determined to dally for a while with experiment, and to this end moved what equipment he possessed into the room he had occupied during his school-days. This was at the rear of the house; as a further precaution, he had the windows leaded lest certain effects of flame and spark arouse the neighbors.

For a while he intrigued himself with study of the nature of Life. For many months a procession of rabbits and guinea pigs came in through the kitchen in wire cages and left via the incinerator in ash-wagons. The problem proved elusive; neither the mechanists nor the vitalists held the answer. Nowhere in any of the little creatures could Edmond find any trace of a vital fluid or an essence of life, yet he saw more and more clearly that these beings he slaughtered were somewhat more than machines.

‘Perhaps,’ he thought, ‘the vital fluid is more subtle than matter or energy for which my traps are set. Perhaps it partakes of both natures, or neither; yet I will not concede the existence of quantities called spiritual.’

‘The difference between living beings and machines,’ continued his companion self, ‘is in this: that life contains a sort of ghostly purpose, an imitation of a purpose that drives its subjects to prolong their own misery, to force others to live after them. This semblance of a purpose is the mysterious vital fluid which is of the nature neither of matter nor of energy.’