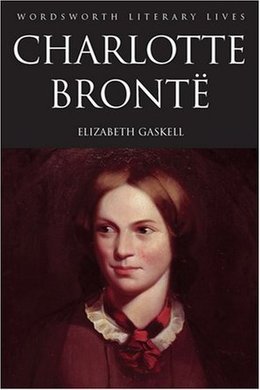 The Life of Charlotte Brontë

Gaskell was a friend of Charlotte Bronte, and, having been invited to write the official life, determined both to tell the truth and to honour her friend. She contacted those who had known Charlotte and travelled extensively in England and Belgium to gather material. She wrote from a vivid accumulation of letters, interviews, and observation, establishing the details of Charlotte’s life and recreating her background. Through an often difficult and demanding process, Gaskell created a vital sense of a life hidden from the world.

The Leeds and Skipton railway runs along a deep valley of the Aire; a slow and sluggish stream, compared to the neighbouring river of Wharfe. Keighley station is on this line of railway, about a quarter of a mile from the town of the same name. The number of inhabitants and the importance of Keighley have been very greatly increased during the last twenty years, owing to the rapidly extended market for worsted manufactures, a branch of industry that mainly employs the factory population of this part of Yorkshire, which has Bradford for its centre and metropolis.

Keighley is in process of transformation from a populous, old-fashioned village, into a still more populous and flourishing town. It is evident to the stranger, that as the gable-ended houses, which obtrude themselves corner-wise on the widening street, fall vacant, they are pulled down to allow of greater space for traffic, and a more modern style of architecture. The quaint and narrow shop-windows of fifty years ago, are giving way to large panes and plate-glass. Nearly every dwelling seems devoted to some branch of commerce. In passing hastily through the town, one hardly perceives where the necessary lawyer and doctor can live, so little appearance is there of any dwellings of the professional middle- class, such as abound in our old cathedral towns. In fact, nothing can be more opposed than the state of society, the modes of thinking, the standards of reference on all points of morality, manners, and even politics and religion, in such a new manufacturing place as Keighley in the north, and any stately, sleepy, picturesque cathedral town in the south. Yet the aspect of Keighley promises well for future stateliness, if not picturesqueness. Grey stone abounds; and the rows of houses built of it have a kind of solid grandeur connected with their uniform and enduring lines. The frame-work of the doors, and the lintels of the windows, even in the smallest dwellings, are made of blocks of stone. There is no painted wood to require continual beautifying, or else present a shabby aspect; and the stone is kept scrupulously clean by the notable Yorkshire housewives. Such glimpses into the interior as a passer-by obtains, reveal a rough abundance of the means of living, and diligent and active habits in the women. But the voices of the people are hard, and their tones discordant, promising little of the musical taste that distinguishes the district, and which has already furnished a Carrodus to the musical world. The names over the shops (of which the one just given is a sample) seem strange even to an inhabitant of the neighbouring county, and have a peculiar smack and flavour of the place.

The town of Keighley never quite melts into country on the road to Haworth, although the houses become more sparse as the traveller journeys upwards to the grey round hills that seem to bound his journey in a westerly direction. First come some villas; just sufficiently retired from the road to show that they can scarcely belong to any one liable to be summoned in a hurry, at the call of suffering or danger, from his comfortable fireside; the lawyer, the doctor, and the clergyman, live at hand, and hardly in the suburbs, with a screen of shrubs for concealment.