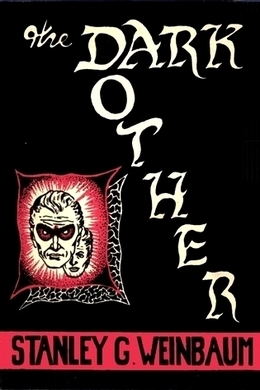 Pat is a beautiful young woman with many admirers. Nick is a young man with a secret. When his dark side interferes with their burgeoning love, things turn grim, and psychologist Carl Horker has to intervene.

That isn’t what I mean, said Nicholas Devine, turning his eyes on his companion. “I mean pure horror in the sense of horror detached from experience, apart from reality, Not just a formless fear, which implies either fear of something that might happen, or fear of unknown dangers. Do you see what I mean?”

“Of course,” said Pat, letting her eyes wander over the black expanse of night-dark Lake Michigan. “Certainly I see what you mean but I don’t quite understand how you’d do it. It sounds—well, difficult.”

“It is difficult,” resumed Nick. “Baudelaire tried it, Poe tried it. And in painting, Hogarth, Goya, Dore. Poe came closest, I think; he caught the essence of horror in an occasional poem or story. Don’t you think so?”

“Dimly. The man murdered his wife.”

“Yes. That isn’t the part I mean. I mean the cat itself—the second cat. You know a cat, used rightly, can be a symbol of horror.”

“Indeed yes!” The girl shuddered. “I don’t like the treacherous beasts!”

“And this cat of Poe’s,” continued Nick, warming to his subject. “Just think of it—in the first place, it’s black; element of horror. Then, it’s gigantic, unnaturally, abnormally large. And then it’s not all black —that would be inartistically perfect—but has a formless white mark on its breast, a mark that little by little assumes a fantastic form—do you remember what?”

“The form of a gallows!”

“And then—climax of genius—the eyes! Blind in one eye, the other a baleful yellow orb! Do you feel it? A black cat, an enormous black cat marked with a gallows, and lacking one eye, to make the other even more terrible! Literary tricks, of course, but they work, and that’s genius! Isn’t it?”

“Genius! Yes, if you call it that. The perverse genius of the Devil!”

“That’s what I want to write—what I will write some day.” He watched the play of lights on the restless surface of the waters “Pure horror, the epitome of the horrible. It could be written, but it hasn’t been yet; not even by Poe.”

“That little analysis of yours was bad enough, Nick! Why should you want to improve on his treatment of the theme?”

“Two excuses, you mean. Of course, even if you’d succeed, you couldn’t force anyone to read it.”

“If I succeed, there’d be no need to force people. Success would mean that the thing would be great literature, and even today, in these times, there are still people to read that. And besides—” He paused.

“Everybody’s interested in the horrible. Even you are, whether or not you deny it.”

“I certainly do deny it!”

“Interest in people, and life, and gay times, and pretty things, and—and one’s self and one’s own feelings. And the feelings of the people one loves.”

“Yes. It comes to exactly the point I’ve been stressing. People are sordid, life is hopeless, gay times are stupid, beauty is sensual, one’s own feelings are selfish. And love is carnal. That’s the array of horrors that holds your interest!”

The girl laughed in exasperation. “Nick, you could out-argue your name- sake, the Devil himself! Do you really believe that indictment of the normal viewpoint?”

“Why not?” she queried, smiling ingenuously at him.

“Gracious! I had no idea my logic was as convincing as that.”

“That sounds like a compliment,” observed Pat. “If it is,” she continued in a bantering tone, “it’s the only one I can recall obtaining from you.”

“That’s because I seldom call attention to the obvious.”

“And that’s another,” laughed the girl. “I’ll have to mark this date in red on my calendar. It’s entirely unique in our—let’s see—nearly a month’s acquaintance.”