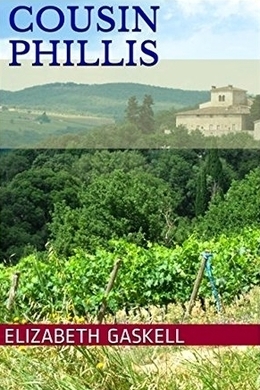 A haunting, beautifully controlled novella, Cousin Phyllis is considered to be among Elizabeth Gaskell’s finest short works. Lodging with a minister on the outskirts of London, Paul Manning is initially dismayed to discover that the uncle he must visit in the country is also a churchman. Yet far from the oppressively religious household he envisages, Manning is delighted to meet his genial relations—not least, his cousin Phyllis. But when Phyllis falls for the charms of his more sophisticated colleague, Manning’s family ties render him powerless to prevent the inevitable heartbreak that ensues.

It is a great thing for a lad when he is first turned into the independence of lodgings. I do not think I ever was so satisfied and proud in my life as when, at seventeen, I sate down in a little three-cornered room above a pastry-cook’s shop in the county town of Eltham. My father had left me that afternoon, after delivering himself of a few plain precepts, strongly expressed, for my guidance in the new course of life on which I was entering. I was to be a clerk under the engineer who had undertaken to make the little branch line from Eltham to Hornby. My father had got me this situation, which was in a position rather above his own in life; or perhaps I should say, above the station in which he was born and bred; for he was raising himself every year in men’s consideration and respect. He was a mechanic by trade, but he had some inventive genius, and a great deal of perseverance, and had devised several valuable improvements in railway machinery. He did not do this for profit, though, as was reasonable, what came in the natural course of things was acceptable; he worked out his ideas, because, as he said, ‘until he could put them into shape, they plagued him by night and by day.’ But this is enough about my dear father; it is a good thing for a country where there are many like him. He was a sturdy Independent by descent and conviction; and this it was, I believe, which made him place me in the lodgings at the pastry-cook’s. The shop was kept by the two sisters of our minister at home; and this was considered as a sort of safeguard to my morals, when I was turned loose upon the temptations of the county town, with a salary of thirty pounds a year.

My father had given up two precious days, and put on his Sunday clothes, in order to bring me to Eltham, and accompany me first to the office, to introduce me to my new master (who was under some obligations to my father for a suggestion), and next to take me to call on the Independent minister of the little congregation at Eltham. And then he left me; and though sorry to part with him, I now began to taste with relish the pleasure of being my own master. I unpacked the hamper that my mother had provided me with, and smelt the pots of preserve with all the delight of a possessor who might break into their contents at any time he pleased. I handled and weighed in my fancy the home-cured ham, which seemed to promise me interminable feasts; and, above all, there was the fine savour of knowing that I might eat of these dainties when I liked, at my sole will, not dependent on the pleasure of any one else, however indulgent. I stowed my eatables away in the little corner cupboard–that room was all corners, and everything was placed in a corner, the fire-place, the window, the cupboard; I myself seemed to be the only thing in the middle, and there was hardly room for me. The table was made of a folding leaf under the window, and the window looked out upon the market-place; so the studies for the prosecution of which my father had brought himself to pay extra for a sitting-room for me, ran a considerable chance of being diverted from books to men and women. I was to have my meals with the two elderly Miss Dawsons in the little parlour behind the three-cornered shop downstairs; my breakfasts and dinners at least, for, as my hours in an evening were likely to be uncertain, my tea or supper was to be an independent meal.

Then, after this pride and satisfaction, came a sense of desolation. I had never been from home before, and I was an only child; and though my father’s spoken maxim had been, ‘Spare the rod, and spoil the child’, yet, unconsciously, his heart had yearned after me, and his ways towards me were more tender than he knew, or would have approved of in himself could he have known. My mother, who never professed sternness, was far more severe than my father: perhaps my boyish faults annoyed her more; for I remember, now that I have written the above words, how she pleaded for me once in my riper years, when I had really offended against my father’s sense of right.

But I have nothing to do with that now. It is about cousin Phillis that I am going to write, and as yet I am far enough from even saying who cousin Phillis was.