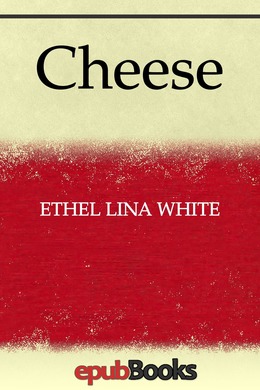 White’s short fiction was also hugely popular, and Cheese ranks amongst her best tales. There’s been a murder, we know this from the start, but here we find ourselves on the trail to the finale. It’s about the trip, and a trip it is.

This story begins with a murder. It ends with a mousetrap.

The murder can be disposed of in a paragraph. An attractive girl, carefully reared and educated for a future which held only a twisted throat. At the end of seven months, an unsolved mystery and a reward of £500.

It is a long way from a murder to a mouse-trap—and one with no finger-posts; but the police knew every inch of the way. In spite of a prestige punctured by the press and public, they had solved the identity of the killer. There remained the problem of tracking this wary and treacherous rodent from his unknown sewer in the underworld into their trap.

They failed repeatedly for lack of the right bait.

And unexpectedly, one spring evening, the bait turned up in the person of a young girl.

Inspector Angus Duncan was alone in his office when her message was brought up. He was a red-haired Scot, handsome in a dour fashion, with the chin of a prize-fighter and keen blue eyes.

It was between the lights. River, government offices and factories were all deeply dyed with the blue stain of dusk. Even in the city, the lilac bushes showed green tips and an occasional crocus cropped through the grass of the public-gardens, like strewn orange-peel. The evening star was a jewel in the pale green sky.

Duncan was impervious to the romance of the hour. He knew that twilight was but the prelude to night and that darkness was a shield for crime.

He looked up sharply when his visitor was admitted. She was young and flower-faced—her faint freckles already fading away into pallor. Her black suit was shabby, but her hat was garnished for the spring with a cheap cowslip wreath.

As she raised her blue eyes, he saw that they still carried the memory of country sweets…Thereupon he looked at her more sharply for he knew that of all poses, innocence is easiest to counterfeit.

‘You say Roper sent you?’ he enquired.

‘Where did you meet her?’

At the Girls’ Hostel where I’m staying.’

‘How’s that?’ He looked at her mourning. ‘People all dead?’

She nodded. From the lightning sweep of her lashes, he knew that she had put in some rough work with a tear. It prejudiced him in her favour. His voice grew more genial as his lips relaxed.

She drew a letter from her bag.

‘I’m looking for work and I advertised in the paper. I got this answer. I’m to be companion-secretary to a lady, to travel with her and be treated as her daughter—if she likes me. I sent my photograph and my references and she’s fixed an appointment.’

‘The day after tomorrow, in the First Room in the National Gallery. But as she’s elderly, she is sending her nephew to drive me to her house.’

‘That’s what Maggie Roper is making the fuss about. First, she said I must see if Mrs Harper—that’s the lady’s name—had taken up my references. And then she insisted on ringing up the Ritz where the letter was written from. The address was printed, so it was bound to be genuine, wasn’t it?’

‘Was it? What happened then?’

‘They said no Mrs Harper had stayed there. But I’m sure it must be a mistake.’ Her voice trembled. ‘One must risk something to get such a good job.’

His face darkened. He was beginning to accept Jenny as the genuine article.

‘Tell me,’ he asked, ‘have you had any experience of life?’

‘Well, I’ve always lived in the country with Auntie. But I’ve read all sorts of novels and the newspapers.’

He could tell by the note in her childish voice that she ate up the newspaper accounts merely as exciting fiction, without the slightest realisation that the printed page was grim fact. He could see the picture: a sheltered childhood passed amid green spongy meadows. She could hardly cull sophistication from clover and cows.

‘Did you read about the Bell murder?’ he asked abruptly.

Auntie wouldn’t let me.’ She added in the same breath, ‘Every word.’

‘Why did your aunt forbid you?’

‘She said it must be a specially bad one, because they’d left all the bad parts out of the paper.’

‘Well, didn’t you notice the fact that that poor girl—Emmeline Bell—a well-bred girl of about your own age, was lured to her death through answering a newspaper advertisement?’

I—I suppose so. But those things don’t happen to oneself.’

‘Why? What’s there to prevent your falling into a similar trap?’

‘I can’t explain. But if there was something wrong, I should know it.’

‘How? D’you expect a bell to ring or a red light to flash “Danger?”’

‘Of course not. But if you believe in right and wrong, surely there must be some warning.’