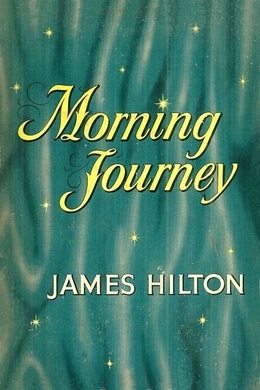 George Hare (of Hare, Briggs, Burton, and Kurtnitz) met Carey Arundel for the first time at the annual Critics’ Dinner at Verino’s. She was to receive a plaque for the best actress performance of the year, Greg Wilson was to get the actor’s, and Paul Saffron the director’s. These dinners were rather stuffy affairs, but the awards were worth getting; this year Morning Journey was the picture that had swept the board, all the winners having scored in it. George had seen the picture and thought it good, if a trifle tricky. He was far more concerned with his luck in being next to Carey at the dinner, for his own well-concealed importance in the movie world did not always receive such rewards. George had an eye for beauty which, combined with a somewhat cynical nose for fame, made him take special notice of her. Of course he had seen her on the stage as well as on the screen, but he thought she looked best of all in real life–which meant, even more remarkably, that she looked really alive at a party such as this, not merely brought to life by ambition or liquor.

At the convent school just outside Dublin, Carey had nourished ambitions to be either a nun or an actress; the nuns dissuaded her from the former, and her mother was equally against the latter. Mrs. Arundel, however, died when Carey was fifteen, and a year later, after a period of idleness at home, the girl managed to get a small part at the Abbey Theatre. It was in a bad play that lasted a week, and the sole press report that noticed her at all called her ‘an interesting newcomer’. But whatever she had or lacked, she was both eager and popular, so that during later seasons she was given a number of even smaller parts in other plays. She read all the books she could get hold of about acting and theatrecraft, she studied plays and actors and tried to copy their tricks (some of which, at the Abbey, were among the neatest in the world), and occasionally she put into her lines a curious quality that riveted an audience’s attention in the wrong place and made the director wrinkle his forehead in dismay.

She was a small girl, delicately featured, with a generous expressive mouth that twisted a little when she smiled, as if (a doctor admirer once said) she had once had a very slight attack of Bell’s palsy and had only ninety-nine per cent recovered. Dark hair and grey-blue eyes added to a total that might have taken no first prize in a beauty contest, yet might well have drawn more glances than the winner. Her figure, slow to develop, was still boyish at a time when her voice had already acquired a richness rare even in a mature woman; it was the most striking thing about her, this voice–low pitched, never shrill, yet capable of catching the random ear as colour catches the eye. (Much later, a critic said: “Whenever she speaks, her voice gives a command performance”, but ‘command’ was not quite the word for a compulsion yielded to so happily. And another critic said, also much later: “She has a quality of womanhood so ample, and in a peculiar way so purposeless, that the nerves of the critic unclench and even his judgment is off guard; for this reason she can often be over- praised, but never under-enjoyed”.) At school she had been a bright, gay, normal pupil, cleverer than the average, but no bluestocking. She liked horses, games, picnics. A ribald sense of humour had sometimes got her into scrapes, but never seriously; she had many friends and no enemies, and when she recited Portia’s speech at the school’s annual concert the nuns applauded affectionately, not thinking she was specially good (and she wasn’t), but beguiled by her voice into a vision they found vicariously satisfying–that of wifehood and motherhood in the well- tempered Catholic life.

Those years culminated in the period of the Sinn Fein ‘troubles’; by the time she made her first stage appearance the treaty with England had been signed and the Free State, precariously born, was already fighting for its life against the Republican Army. At the height of the fratricide Rory O’Connor and his men were shelled in the Four Courts (within a few streets of the Abbey Theatre), and many a night the city echoed to sporadic roof-top shooting. One of the lively areas was the neighbourhood of the Portobello Bridge, which lay on a direct route between the theatre and the southern suburb of Terenure, where Carey lived with her stepfather. Several times, along with other passengers, she flattened herself on the floor of a tram as it crossed the bridge during a fusillade, and whenever she could arrange it she drove home with an actress friend named Ursula, who had a very ancient car; they could then make long detours through safer districts. Sometimes, also, if there were shooting near the theatre, she would spend the night with another friend named Mona who lived in an apartment approachable by a sheltered route from the stage-door itself. Since the Terenure house had no telephone, her stepfather could not be notified, but she had always urged him not to worry or stay up for her return.

Often, though, when she got home late at night she found him still hard at work in the room which he called his study. He was learning Gaelic as an apt expression of his enthusiasm for the new Ireland, and perhaps as an aid to promotion in his job–he was an official in the Tax Department of the Dublin City Corporation. “How was it out tonight?” he would ask, as about the weather.

“Ursula heard there was something going on in Rathmines, so we drove around by Donnybrook. It wasn’t so bad that way.”