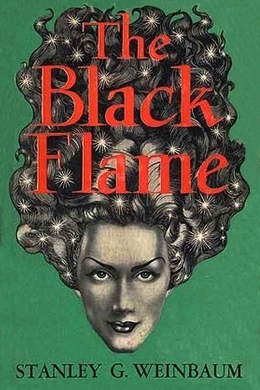 Civilization had died screaming in a blaze of nuclear and biological warfare. Gradually, during the Dark Centuries that followed, secrets were re-discovered, and new knowledge gained. Finally, the key to immortality is found, and the preternaturally beautiful Margaret Smith becomes Margot of Urbs and, with her brother, begins a relentless drive to absolute power…

Thomas Marshall Connor was about to die. The droning voice of the prison chaplain gradually dulled his perception instead of stimulating his mind. Everything was hazy and indistinct to the condemned man. He was going to the electric chair in just ten minutes to pay the supreme penalty because he had accidentally killed a man with his bare fists.

Connor, vibrantly alive, vigorous and healthy, only twenty-six, a brilliant young engineer, was going to die. And, knowing, he did not care. But there was nothing at all nebulous about the gray stone and cold iron bars of the death cell. There was nothing uncertain about the split down his trouser leg and the shaven spot on his head.

The condemned man was acutely aware of the solidarity of material things about him. The world he was leaving was concrete and substantial. The approaching footsteps of the death guard sounded heavily in the distance.

The cell door opened, and the chaplain ceased his murmuring. Passively Thomas Marshall Connor accepted his blessings, and calmly took his position between his guards for his last voluntary walk.

He remained in his state of detachment as they seated him in the chair, strapped his body and fastened the electrodes. He heard the faint rustling of the witnesses and the nervous, rapid scratching of reporters’ pencils. He could imagine their adjectives—”Calloused murderer”…”Brazenly indifferent to his fate.”

But it was as if the matter concerned a third party.

He simply relaxed and waited. To die so quickly and painlessly was more a relief than anything. He was not even aware when the warden gave his signal. There was a sudden silent flash of blue light. And then—nothing at all.

So this was death. The slow and majestic drifting through the Stygian void, borne on the ageless tides of eternity.

Peace, at last—peace, and quiet, and rest.

But what was this sensation like the glimpse of a faint, faraway light which winked on and off like a star? After an interminable period the light became fixed and steady, a thing of annoyance. Thomas Marshall Connor, slowly became aware of the fact of his existence as an entity, in some unknown state. The senses and memories that were his personality struggled weakly to reassemble themselves into a thinking unity of being—and he became conscious of pain and physical torture.

There was a sound of shrill voices, and a stir of fresh air. He became aware of his body again. He lay quiet, inert, exhausted. But not as lifeless as he had lain for—how long?

When the shrill voices sounded again, Connor opened unseeing eyes and stared at the blackness just above him. After a space he began to see, but not to comprehend. The blackness became a jagged, pebbled roof no more than twelve inches from his eyes—rough and unfinished like the under side of a concrete walk.

The light became a glimmer of daylight from a point near his right shoulder.

Another sensation crept into his awareness. He was horribly, bitterly cold. Not with the chill of winter air, but with the terrible frigidity of inter-galactic space. Yet he was on—no, in, earth of some sort. It was as if icy water flowed in his veins instead of blood. Yet he felt completely dehydrated. His body was as inert as though detached from his brain, but he was cruelly imprisoned within it. He became conscious of a growing resentment of this fact.

Then, stimulated by the shrilling, piping voices and the patter of tiny feet out there somewhere to the right, he made a tremendous effort to move. There was a dry, withered crackling sound—like the crumpling of old parchment—but indubitably his right arm had lifted!

The exertion left him weak and nauseated. For a time he lay as in a stupor. Then a second effort proved easier. After another timeless interval of struggling torment his legs yielded reluctant obedience to his brain. Again he lay quietly, exhausted, but gathering strength for the supreme effort of bursting from his crypt.

For he knew now where he was. He lay in what remained of his grave. How or why, he did not know. That was to be determined.

With all his weak strength he thrust against the left side of his queer tomb, moving his body against the crevice at his right. Only a thin veil of loose gravel and rubble blocked the way to the open. As his shoulder struck the pile, it gave and slid away, outward and downward, in a miniature avalanche.

Connor panted from exertion, and struggled to emerge from his hole, each movement producing another noise like rattling paper. And suddenly he was free! The last of the gravel tinkled away and he rolled abruptly down a small declivity to rest limply at the bottom of the little hillside.