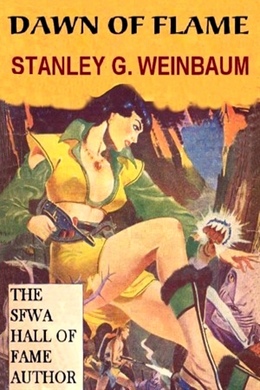 After a worldwide plague breaks civilization, Joaquin Smith and his sister build an empire up the Mississippi Valley. Who would be brave or foolish enough to stand in their way? Who but a young backwoodsman named Hull Tarvish?

Hull Tarvish looked backward but once, and that only as he reached the elbow of the road. The sprawling little stone cottage that had been home was visible as he had seen it a thousand times, framed under the cedars. His mother still watched him, and two of his younger brothers stood staring down the Mountainside at him. He raised his hand in farewell, then dropped it as he realized that none of them saw him now; his mother had turned indifferently to the door, and the two youngsters had spied a rabbit. He faced about and strode away, down the slope out of Ozarky.

He passed the place where the great steel road of the Ancients had been, now only two rusty streaks and a row of decayed logs. Beside it was the mossy heap of stones that had been an ancient structure in the days before the Dark Centuries, when Ozarky had been a part of the old state of M’souri. The mountain people still sought out the place for squared stones to use in building, but the tough metal of the steel road itself was too stubborn for their use, and the rails had rusted quietly these three hundred years.

That much Hull Tarvish knew, for they were things still spoken of at night around the fireplace. They had been mighty sorcerers, those Ancients; their steel roads went everywhere, and everywhere were the ruins of their towns, built, it was said, by a magic that lifted weights. Down in the valley, he knew, men were still seeking that magic; once a rider had stayed by night at the Tarvish home, a little man who said that in the far south the secret had been found, but nobody ever heard any more of it.

So Hull whistled to himself, shifted the rag bag on his shoulder, set his bow more comfortably on his mighty back, and trudged on. That was why he himself was seeking the valley; he wanted to see what the world was like. He had been always a restless sort, not at all like the other six Tarvish sons, nor like the three Tarvish daughters. They were true mountainies, the sons great hunters, and the daughters stolid and industrious. Not Hull, however; he was neither lazy like his brothers nor stolid like his sisters, but restless, curious, dreamy. So he whistled his way into the world, and was happy.

At evening he stopped at the Hobel cottage on the edge of the mountains. Away before him stretched the plain, and in the darkening distance was visible the church spire of Norse. That was a village; Hull had never seen a village, or no more of it than this same distant steeple, shaped like a straight white pine. But he had heard all about Norse, because the mountainies occasionally went down there to buy powder and ball for their rifles, those of them who had rifles.

Hull had only a bow. He didn’t see the use of guns; powder and ball cost money, but an arrow did the same work for nothing, and that without scaring all the game a mile away.

Morning he bade goodbye to the Hobels, who thought him, as they always had, a little crazy, and set off. His powerful, brown bare legs flashed under his ragged trousers, his bare feet made a pleasant soosh in the dust of the road, the June sun beat warm on his right cheek. He was happy; there never was a pleasanter world than this, so he grinned and whistled, and spat carefully into the dust, remembering that it was bad luck to spit toward the sun. He was bound for adventure.

Adventure came. Hull had come down to the plain now, where the trees were taller than the scrub of the hill country, and where the occasional farms were broader, well tilled, more prosperous. The trail had become a wagon road, and here it cut and angled between two lines of forest. And unexpectedly a man–no, two men–rose from a log at the roadside and approached Hull. He watched them; one was tall and light-haired as himself, but without his mighty frame, and the other was a head shorter, and dark. Valley people, surely, for the dark one had a stubby pistol at his belt, wooden-stocked like those of the Ancients, and the tall man’s bow was of glittering spring steel.

“Ho, mountainy!” said the dark one. “Where going?”

“My tongue,” snapped the youth.

“Easy, there,” grunted the light man. “No offense, mountainy. We’re just curious. That’s a good knife you got. I’ll trade it.”

“For lead in your craw,” growled the dark one. Suddenly the blunt pistol was in his hand. “Pass it over, and the bag too.”

Hull scowled from one to the other. At last he shrugged, and moved as if to lift his bag from his shoulders. And then, swift as the thrust of a striking diamondback, his left foot shot forward, catching the dark one squarely in the pit of his stomach, with the might of Hull’s muscles and weight behind it.