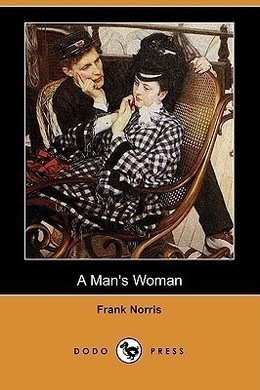 Our heroine is a girl decidedly out of the ordinary. Dramatic, and containing some tremendous descriptions of the daring of the men who are trying to reach the North Pole, but at the same time it’s essentially a woman’s book, and the story works itself out in the solution of a difficulty that is continually presented in real life–the wife’s attitude in relation to her husband when both have well-defined careers.

At four o’clock in the morning everybody in the tent was still asleep, exhausted by the terrible march of the previous day. The hummocky ice and pressure-ridges that Bennett had foreseen had at last been met with, and, though camp had been broken at six o’clock and though men and dogs had hauled and tugged and wrestled with the heavy sledges until five o’clock in the afternoon, only a mile and a half had been covered. But though the progress was slow, it was yet progress. It was not the harrowing, heart-breaking immobility of those long months aboard the Freja. Every yard to the southward, though won at the expense of a battle with the ice, brought them nearer to Wrangel Island and ultimate safety.

Then, too, at supper-time the unexpected had happened. Bennett, moved no doubt by their weakened condition, had dealt out extra rations to each man: one and two-thirds ounces of butter and six and two-thirds ounces of aleuronate bread–a veritable luxury after the unvarying diet of pemmican, lime juice, and dried potatoes of the past fortnight. The men had got into their sleeping-bags early, and until four o’clock in the morning had slept profoundly, inert, stupefied, almost without movement. But a few minutes after four o’clock Bennett awoke. He was usually up about half an hour before the others. On the day before he had been able to get a meridian altitude of the sun, and was anxious to complete his calculations as to the expedition’s position on the chart that he had begun in the evening.

He pushed back the flap of the sleeping-bag and rose to his full height, passing his hands over his face, rubbing the sleep from his eyes. He was an enormous man, standing six feet two inches in his reindeer footnips and having the look more of a prize-fighter than of a scientist. Even making allowances for its coating of dirt and its harsh, black stubble of half a week’s growth, the face was not pleasant. Bennett was an ugly man. His lower jaw was huge almost to deformity, like that of the bulldog, the chin salient, the mouth close-gripped, with great lips, indomitable, brutal. The forehead was contracted and small, the forehead of men of single ideas, and the eyes, too, were small and twinkling, one of them marred by a sharply defined cast.

But as Bennett was fumbling in the tin box that was lashed upon the number four sledge, looking for his notebook wherein he had begun his calculations for latitude, he was surprised to find a copy of the record he had left in the instrument box under the cairn at Cape Kammeni at the beginning of this southerly march. He had supposed that this copy had been mislaid, and was not a little relieved to come across it now. He read it through hastily, his mind reviewing again the incidents of the last few months. Certain extracts of this record ran as follows:

“Arctic steamer Freja, on ice off Cape Kammeni, New Siberian Islands, 76 deg. 10 min. north latitude, 150 deg. 40 min. east longitude, July 12, 1891…. We accordingly froze the ship in on the last day of September, 1890, and during the following winter drifted with the pack in a northwesterly direction…. On Friday, July 10, 1891, being in latitude 76 deg. 10 min. north; longitude 150 deg. 10 min. east, the Freja was caught in a severe nip between two floes and was crushed, sinking in about two hours. We abandoned her, saving 200 days’ provisions and all necessary clothing, instruments, etc….

“I shall now attempt a southerly march over the ice to Kolyuchin Bay by way of Wrangel Island, where provisions have been cached, hoping to fall in with the relief ships or steam whalers on the way. Our party consists of the following twelve persons: … All well with the exception of Mr. Ferriss, the chief engineer, whose left hand has been badly frostbitten. No scurvy in the party as yet. We have eighteen Ostiak dogs with us in prime condition, and expect to drag our ship’s boat upon sledges.

Bennett returned this copy of the record to its place in the box, and stood for a moment in the centre of the tent, his head bent to avoid the ridge-pole, looking thoughtfully upon the ground.

Well, so far all had gone right–no scurvy, provisions in plenty. The dogs were in good condition, his men cheerful, trusting in him as in a god, and surely no leader could wish for a better lieutenant and comrade than Richard Ferriss–but this hummocky ice–these pressure-ridges which the expedition had met the day before. Instead of turning at once to his ciphering Bennett drew the hood of the wolfskin coat over his head, buttoned a red flannel mask across his face, and, raising the flap of the tent, stepped outside.