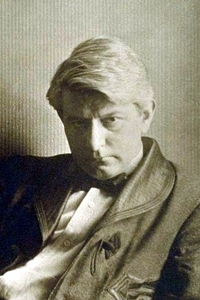 Benjamin Franklin Norris, Jr. was an American novelist, during the Progressive Era, writing predominantly in the naturalist genre. His notable works include McTeague, The Octopus: A Story of California, and The Pit. Norris’s work often includes depictions of suffering caused by corrupt and greedy turn-of-the-century corporate monopolies. In addition to Zola, Norris’s writing has been compared to that of Stephen Crane, Theodore Dreiser, and Edith Wharton.

The time was late in the summer the place a ranch in southwestern Kansas and Lewiston and his wife were two of a vast population of farmers wheat grower...read more »

Our heroine is a girl decidedly out of the ordinary. Dramatic, and containing some tremendous descriptions of the daring of the men who are trying to re...read more »

This short romance was based on Norris’s courtship of his wife. It features a San Francisco journalist, Condy Rivers, who falls in love with the daughte...read more »

This graphic depiction of urban American life centers around McTeague, a dentist practicing in San Francisco at the turn of the 20th century. While at f...read more »

This is to be a story of a battle, at least one murder, and several sudden deaths. For that reason it begins with a pink tea and among the mingled odors...read more »

The Octopus: A Story of California is a novel about wheat growers who are in conflict with a railroad company during late 19th century California. The r...read more »

The story of Frank Norris’s The Pit could be taken from today’s headlines: a businessman begins speculating in the commodities market on a small scale u...read more »

The setting of the story is San Francisco in the 1890s. Vandover, fresh out of college and the son of a wealthy owner of slum properties, has dreams of ...read more »